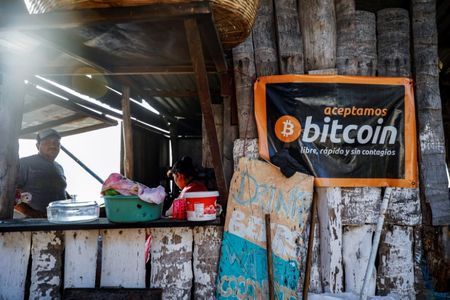 LONDON (Reuters) – El Salvador’s decision to make bitcoin legal tender is an “interesting experiment” with a speculative asset that does not pass the test of being a means of payment, a senior global central banking official said on Friday.

“El Salvador, that is an interesting experiment indeed,” said Benoit Coeure, head of the innovation hub at the Bank for International Settlements.

“We have been clear at the BIS that we don’t see bitcoin as having passed the test of being a means of payments. Bitcoin is a speculative asset and should be regulated at such,” Coeure said at the launch of a regulatory research hub with the Bank of England.

Austin Butler in talks to play Feyd-Rautha in Dune sequel

King, Queen arrive in London for special visit to UK

Happy is an Asian elephant – but is she also a person?