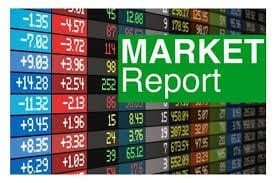 KUALA LUMPUR: Blue chips staged a mild rebound early Friday after the FBM KLCI neared the crucial 1, 500 level the previous day, with Maybank and Tenaga Nasional among the bigger gainers.

Stocks fell in Japan, Australia and South Korea. Futures were steady in Hong Kong, where a key gauge of Chinese stocks is near a bear market. U.S. contracts fluctuated after the S&P 500 and Nasdaq 100 retreated from records.

On the outlook for the KLCI, Rakuten Trade said uncertain political developments may continue to plague the local bourse exacerbated by the spike in Covid cases.

“Though we saw some buying support as the KLCI approached the1, 500 mark, weak market undertone may add pressure to the index today. We reckon continued selling may see the index to test the 1, 480 level which is deem as a stronger support level, ” it said.