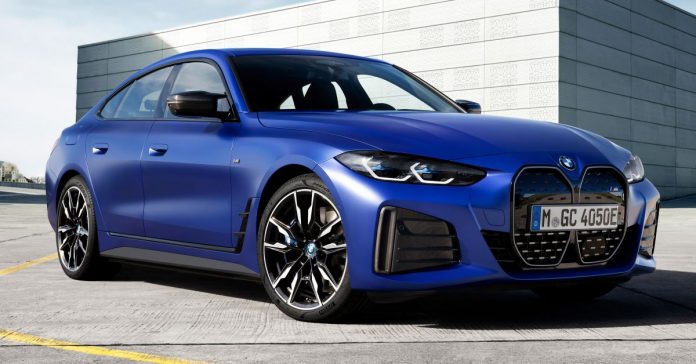 BMW Group has announced that it sold a total of 1,339,080 vehicles in the first six months of the year, a historic high. The figure represents a 39.1% increase over 1H 2020, and a 7.1% increase compared to pre-Covid 1H 2019. All brands reported higher sales this time around. Not bad, considering the ongoing semiconductor shortage.

Let’s break the numbers down. BMW sold 1,178,292 vehicles globally during the first half of this year (up 39.9%), though it didn’t specify which models were the most popular. However, it did say the G20 3 Series was among the top performers with a growth of nearly 50%, followed by the G30 5 Series with a growth of 33.3%. Sales of the G01 X3 also rose 43.9%, boosted considerably by the introduction of the iX3.

As for BMW M, the performance outfit also recorded its most successful first half-year ever with 83,357 units sold globally (39.4% increase). The M3, M4, X5 M and X6 M contributed greatly to the growth, as have the M340i and M440i models.

MINI, meanwhile, sold a total of 157,799 vehicles worldwide (up 32.6%), growing its sales in all regions of the world. The MINI Electric (Cooper SE) accounted for more than 15% of its sales volume for 1H 2021, which is rather substantial for a model with just one variant.

Demand for Rolls-Royce vehicles also skyrocketed. For 1H 2021, it sold 2,989 vehicles, a whopping 91.6% year-on-year increase. On the other hand, BMW Motorrad delivered 107,610 motorcycles and scooters to customers (up 40.3%), its strongest showing ever. This is bolstered by the eight new two-wheeled models it introduced over the first six months of the year.

BMW AG board member responsible for customer, brands and sales, Pieter Nota said: “Thanks to our strong model line-up, high customer demand worldwide and our excellent operating performance, we were able to achieve a new all-time high in sales in the first half of 2021. It is particularly pleasing that we were able to more than double our sales of electrified vehicles.”

“We are continuing the decisive electrification of our model line-up and expanding our range of fully-electric vehicles with two key innovation flagships: the BMW iX and the BMW i4,” explained Nota. “The iX and the i4 embody a new era of electromobility for BMW and I am looking forward to seeing both on the roads from November. High incoming orders for both models confirm our customers’ strong interest in these highly emotional vehicles.”

Moving forward, these models will be joined by fully electric versions of the 5 Series, 7 Series, X1 and MINI Countryman. By 2025, BMW plans to sell 10 times the number of fully electric cars it sold in 2020. The BMW Group also expects its EV sales to account for at least 50% of its global sales in 2030.