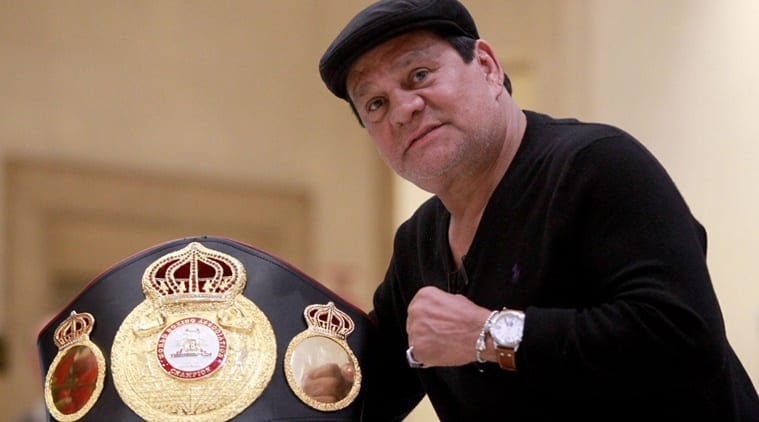 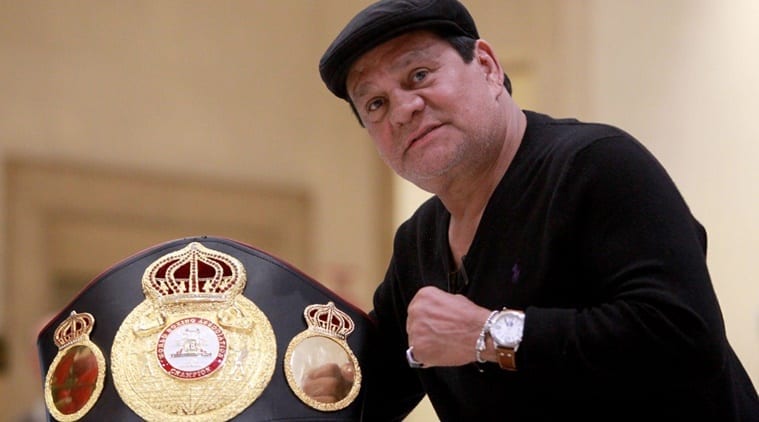 Durán, who had the nickname “Hands of Stone” as a boxer from 1968 to 2001, is a sports icon in Panama and Latin America. (Twitter/WBABoxing)

Panamanian boxer Roberto Durán, who held world championships in four weight classes during his more than three-decade career, has tested positive for the coronavirus but has had only mild symptoms so far, one of his sons said Thursday.

Robin Durán said his 69-year-old father was tested after going to a private hospital with cold symptoms.

“At the moment he’s not having symptoms beyond a cold. We’ll be passing on more information over the days,” the son wrote on his Instagram account.

He said he decided to take his father to a hospital as a precaution, because one of his lungs hasn’t functioned at full capacity since a car crash in Argentina in 2001, an accident that led the boxer to retire.

Durán, who had the nickname “Hands of Stone” as a boxer from 1968 to 2001, is a sports icon in Panama and Latin America.

Beyond winning his four championship belts, he is remembered for his resounding victory over American boxing idol Sugar Ray Leonard in Montreal in 1980. Months later, they met in a rematch and Durán withdrew in the middle of a fight with the famous phrase “No mas”— “No more.”

HANDS OF STONE, HEART OF GOLD – The legendary Roberto Durán embraces his old nemesis Esteban de Jesús in April of 1989, just one month before de Jesús would die of AIDS. At the time this was considered controversial as the public still greatly misunderstood the condition #boxing pic.twitter.com/FhzChkaTRi

Messages of encouragement began on social media for Durán, who is considered Panama’s sporting ambassador.

At the beginning of the pandemic in Panama, Durán encouraged Panamanians to comply with confinement measures and to follow the recommendations of wearing face masks and practicing social distancing.

Known as ‘The Brawl in Montreal’ this incredible fight is one of the greatest of all time pic.twitter.com/bMIl0qvHxh

Panama has the most confirmed coronavirus cases and COVID-19 deaths in Central America. On Thursday, officials for the first time reported over 1,000 cases for the preceding 24 hours along with 17 more deaths. The country has had more than 29,000 confirmed cases, with more than 13,000 still active, and 564 deaths.