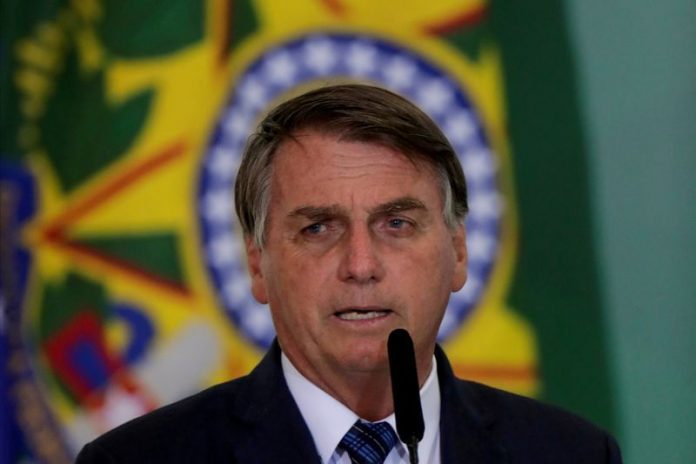 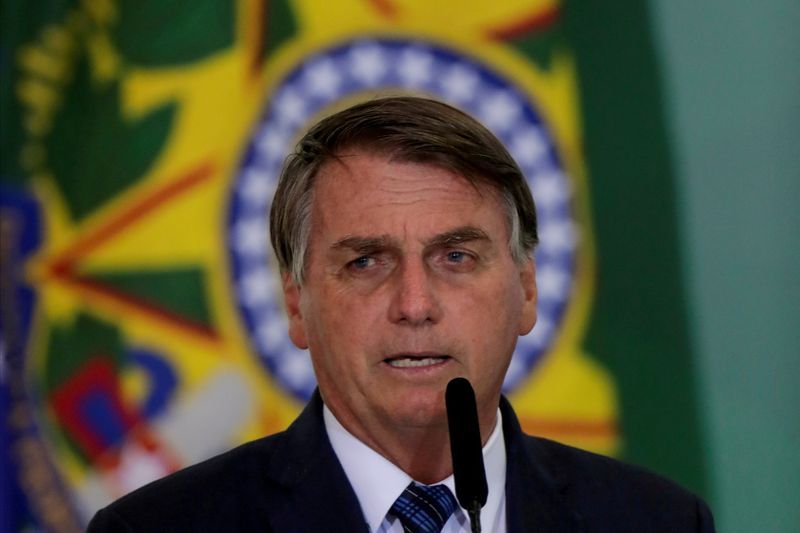 SAO PAULO (Reuters) – Brazilian President Jair Bolsonaro spent the night in a Sao Paulo hospital after being hospitalized for an obstructed intestine, the latest health scare for the right-wing leader since he was stabbed on the campaign trail in 2018.

The president’s office had said Bolsonaro, 66, could require emergency surgery after he was transferred from a hospital in Brasilia.

But after he arrived in Sao Paulo on Wednesday night, doctors at the Vila Nova Star hospital said the president would initially remain “under conservative management.”

“I thank everyone for their support and prayers,” Bolsonaro said in a Facebook post on Wednesday shortly after the news of his transfer to Sao Paulo was announced. Along with the message, he shared a photo of himself shirtless with his eyes closed and lying in a hospital bed covered in sensors and cables.

Bolsonaro has been hospitalized several times due to complications from the stabbing in 2018, which perforated his intestine. He was also ill with COVID-19 last year.

Bolsonaro’s political position is growing weaker. His popularity is sinking due to his handling of the coronavirus pandemic, while opponents in the Senate are probing a simmering corruption scandal over his government’s purchase of vaccines. With more than 537,000 COVID-19 deaths, Brazil has the world’s second highest death toll from the illness, after the United States.

However a poll published by Datafolha on Thursday showed for the first time a majority of Brazilians say they think the pandemic is either “totally under control” or “partly under control” in the country.

Newspaper headlines: ‘Threat to gender law’ and ‘stay away’ with flu from granny

Police need a warrant to search your cellphone. Your car’s data systems? Not so...