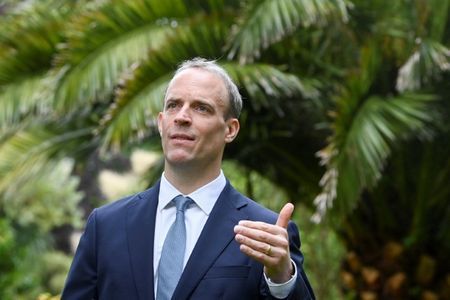 CARBIS BAY, England (Reuters) – Britain wants to ease tensions with the European Union over trade with Northern Ireland, British foreign minister Dominic Raab said on Sunday, repeating a warning that the bloc had to realise the province was part of the United Kingdom.

“We want tensions eased, we want a flexible, pragmatic approach. What we cannot have is both the Northern Ireland protocol being applied in a very lopsided way or the Good Friday Agreement being undermined as a result of it,” he told Sky News at a G7 meeting in southwestern England.