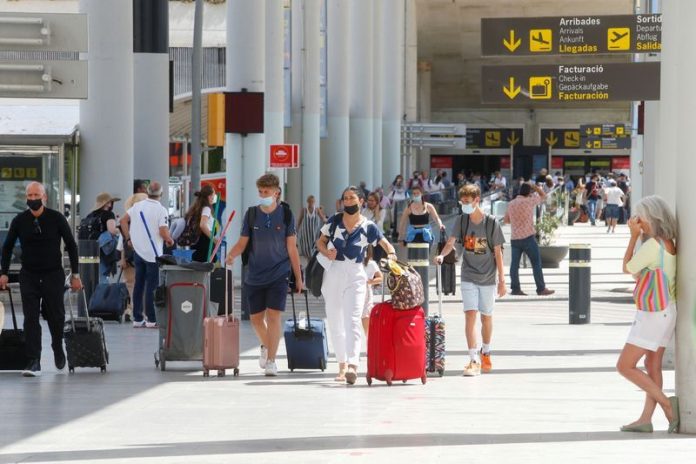 LONDON (Reuters) – Britain is working with countries across the European Union to encourage them to accept its fully vaccinated travellers, its business minister said on Thursday, as momentum builds for a fuller reopening of travel from the United Kingdom.

Throughout May and June Britain has only permitted very limited quarantine-free travel, but the government has said that it will set out details this month of plans to allow fully vaccinated people avoid self-isolation on return from top destinations like Spain and France.

That rule change will come in by July 26, the first full week of the school holidays, The Times newspaper reported.

However, travel for those from Britain will also depend on countries allowing them in, and concern about a rise in the UK’s COVID cases sparked by the Delta variant has prompted Italy, Portugal and Spain to tighten their entry requirements.

“We feel that the double vaccination does provide really, really first class support and protection against the variant, all the evidence suggests that, and we need to speak to EU governments and other countries to make that case,” he told Sky News.

Britain is close to agreeing a deal with Brussels whereby its National Health Service (NHS) app would be accepted as proof of a double vaccination by the EU, and in return the UK would accept the bloc’s new digital green card for travel, The Times said.

That could avoid difficulties like those in Malta in recent days, where the Maltese government has not been accepting proof via the NHS app.

British Prime Minister Boris Johnson is due to meet German Chancellor Angela Merkel at his Chequers official country residence on Friday, when the pair will discuss travel restrictions.

Merkel has been pressing for the EU to impose quarantine on all British arrivals but individual countries like Spain have so far rejected that.

Monkeypox: How UK hospitals are tackling the outbreak

You Can Now Find Out The Vaccination Coverage Of Students & Staff At Your...