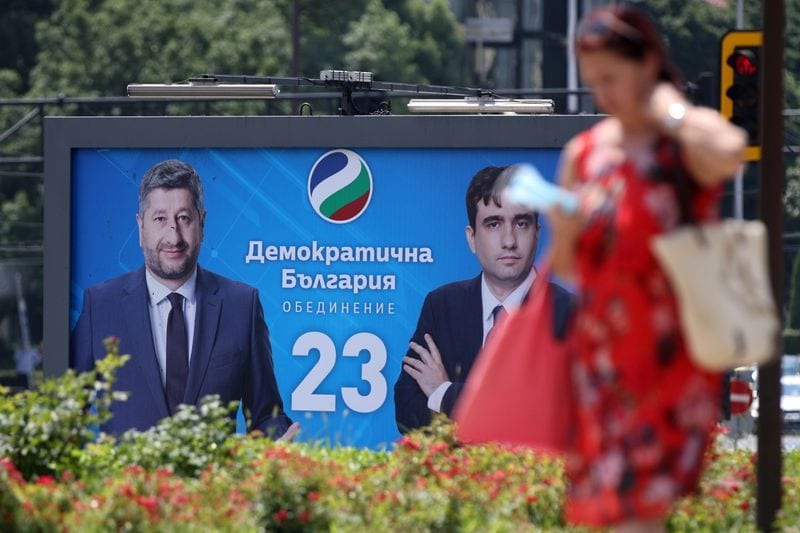 SOFIA (Reuters) – Bulgarians vote in a parliamentary election on Sunday that will decide whether protest parties can form the next government after a decade of political dominance by long-serving premier Boyko Borissov.

The vote will be the Balkan country’s second in three months, after an April election resulted in a fragmented parliament that failed to produce a government, underscoring deep divisions in Bulgaria over the legacy of Borissov’s rule.

His centre-right GERB party appears tied with new anti-establishment There Is Such a People party of TV host Slavi Trifonov at about 20-22% each, with opinion polls giving a tiny edge to the latter.

Even if GERB manages to nudge ahead, Borissov, 62, a former bodyguard of late Communist dictator Todor Zhivkov, is unlikely to find allies to forge a coalition amid public anger over entrenched corruption, analysts say.

“I think we are seeing the end of the Borissov era,” said Parvan Simeonov, political analyst with Sofia-based Gallup International. “People have got tired of his overbearing style of governing and his ‘man of the people’ approach. And they have really got fed up with all these allegations of corruption.”

Support for ITN and two smaller anti-graft groupings, Democratic Bulgaria and Stand Up! Mafia Out!, has risen since April. But the three may struggle to form a government without the support of some of the traditional parties.

The protest parties, who want to foster close ties with Bulgaria’s allies in NATO and the European Union, want to revamp the judiciary and clean up the security services and regulators to cement the rule of law and ensure proper use of hefty funds due to pour in as part of the EU’s coronavirus recovery package.

The EU’s poorest state, Bulgaria has had a long history of corruption, but a number of recent scandals and the imposition of U.S. sanctions last month against several Bulgarians for alleged graft have dominated the campaign.

The current interim government has accused Borissov’s cabinet of spending billions of levs of taxpayer money without transparent procurement procedures among other shortcomings.

GERB denies wrongdoing and says such accusations are politically motivated. The interim cabinet was appointed by President Rumen Radev, a strong critic of Borissov, after the inconclusive April election.

Borissov says the interior minister is waging communist-era style “repressions” against GERB aimed at benefiting his rivals and that Sunday’s vote is already being “rigged”.

The three-times ex-prime minister held power for most of the period from 2009 till the April vote with a mixture of patronage and populism, his support underpinned by rising incomes and construction of much-needed highways. But his failure to address high-level corruption prompted massive protests last year.

Opinion polls show the Socialists and the ethnic Turkish MRF party will also enter the next parliament again.