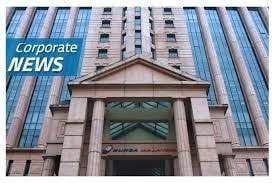 (AMEDIA) and four of its former directors for breaches of the Main Market Listing Requirements (Main LR) and imposed fines totalling RM78,400 on these ex-directors.

Bursa Malaysia said AMEDIA was publicly reprimanded for failing to issue the annual report that included the annual audited financial statements together with the auditors’ and directors’ reports for the financial year ended Dec 31, 2018 (FY2018), on or before April 30, 2019; and failing to announce the quarterly report for the financial period ended June 30, 2019, by Aug 31, 2019.

“AMEDIA had only issued or announced the 2018 annual report and the quarterly report on Oct 25, 2019, after a delay of approximately six and two months, respectively,” it said in a statement today.

In addition to the public reprimand, Bursa Malaysia said AMEDIA was required to review and ensure the adequacy and effectiveness of its financial reporting function including its finance and accounting resources.

It said the four former directors were publicly reprimanded and fined for permitting knowingly or where they had reasonable means of obtaining such knowledge, AMEDIA to commit the breach of paragraph 9.23(1) of the Main LR by failing to issue the FY2018 reports on time.

AMEDIA has been categorised as a Practice Note 17 company since October 2019.

S’porean family surprises helper with her first ever birthday cake

Interstate travel in Malaysia to resume soon, says PM – to be announced when...