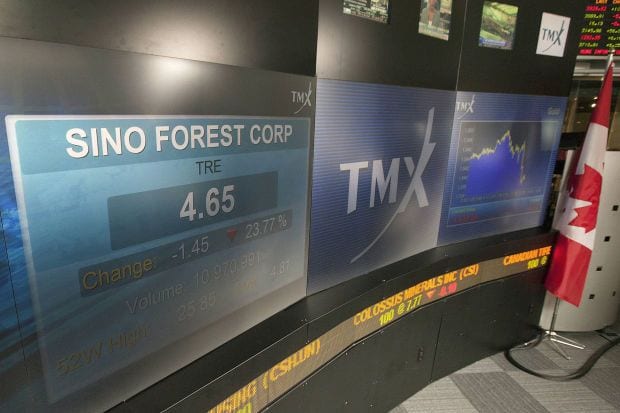 TORONTO: Canada’s main stock market index moved above the 20,000 threshold for the first time on Tuesday, while the loonie notched a six-year high, with sentiment boosted by higher commodity prices and data showing strong growth in the domestic economy.

The Toronto Stock Exchange’s S&P/TSX composite index touched a record high at 20,022.13 before dipping to 19,976.01, up 1.2% on the day. Since hitting its low during the coronavirus crisis in March last year, the commodity-linked index has soared nearly 80%.

Materials and energy shares account for 25% of the Toronto market’s capitalization, compared with 5% for the S&P 500. Oil touched its highest level in nearly three years at $68.87 a barrel, while the TSX’s energy sector ended up 4.4%.

The market has also been underpinned by an improved outlook for the domestic economy as COVID-19 vaccinations climb. About 58% of Canada’s population has received at least one dose, data from the Our World in Data project at the University of Oxford shows.

Domestic data showed first-quarter economic growth of 5.6% on an annualized basis and manufacturing activity expanding for the 11th straight month in May.

The Canadian dollar, which has benefited this year from a more hawkish Bank of Canada as well as higher commodity prices, touched its strongest level since May 2015 at 1.2007 per U.S. dollar, or 83.28 U.S. cents before retreating. It was little changed on the day at 1.2070.