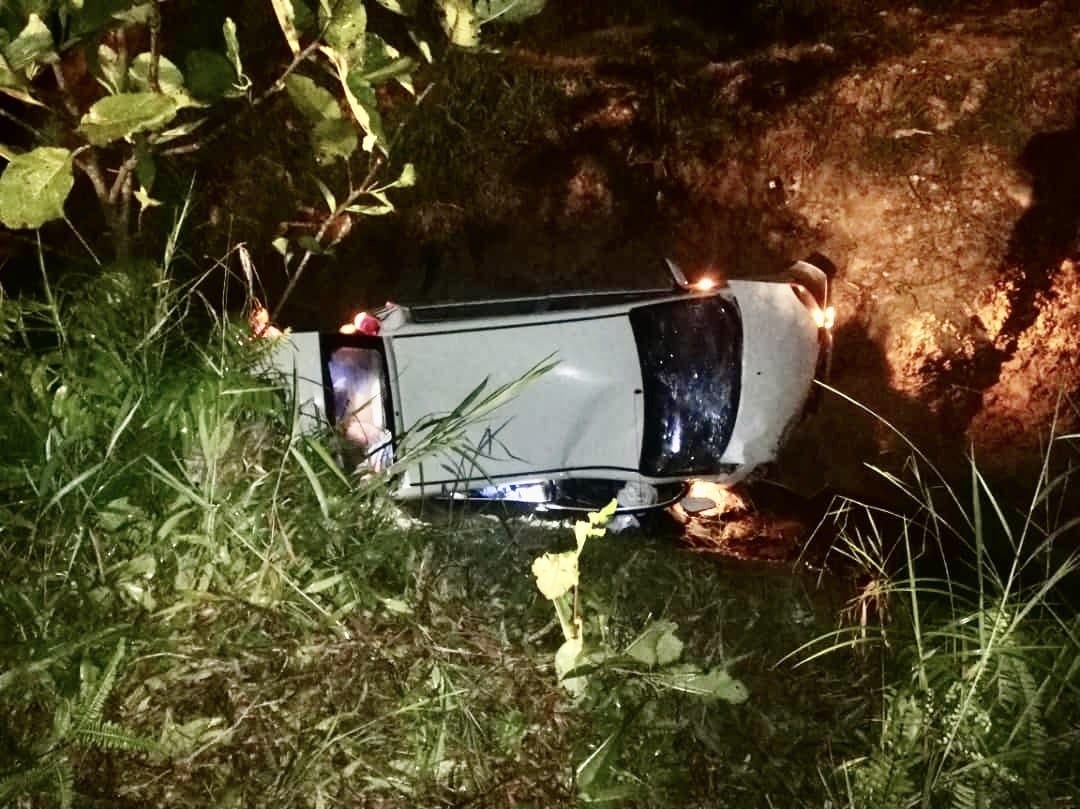 BINTULU, Dec 2: A man sustained body injuries when a car that he was driving plunged into a ravine at Jalan Bintulu-Sibu tonight.

According to Sarawak Fire and Rescue operation centre (PGO), the incident occurred along the road heading to Institut Kemahiran Mara (IKM) Bintulu.

It was believed that the driver had lost control of the vehicle before the mishap occurred.

Firefighters from Bintulu station led by PBK II Stephen Plen was immediately dispatched to the scene after receiving the emergency call at 7.35pm.

Upon arrival, they saw a dazed adult female passenger and a child, both of whom were successfully taken out of the wreckage by members of the public.

Firefighters then proceeded to rescue the trapped male driver.