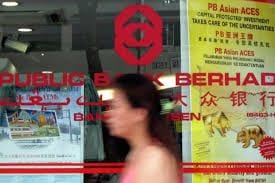 KUALA LUMPUR: CGS-CIMB Equities Research is keeping its GDP forecast of 4.4% for 2021F, which incorporates the three phases of lockdown.

In its strategy report on Monday, it expects the impact from the extension of phase one lockdown to be offset by greater leniency in sectors allowed to operate than our initial assumption and support from the PEMERKASA+ aid package.

“However, the extension will raise the risk of 2Q21F corporate earnings disappointment for gaming, retail, auto, REIT, property, construction and tourism-related plays.

“Sectors least affected are export-oriented (tech, glove makers, petrochemicals, plantations) and utilities (including Tenaga, telcos, gas players), which are allowed to operate during MCO, ” it said.

The various party leaders claimed that discussions with the King were related to the Covid-19 situation, the economy and the reopening of Parliament, currently suspended due to the emergency declared (to be lifted on Aug 1).

The next date to watch is Wednesday, where the King is expected to convene a special conference of the rulers.

Last Friday, the government extended the national lockdown for two weeks till Jun 28. The government also revealed that it is drafting a National Recovery Plan.

“Potential earnings disappointment in 2Q results due to FMCO and political uncertainty could weigh on near-term sentiment for market, ” the research house said.

It has an Add for Inari-Amertron, TP RM3.90, RM3.14 close. It expects Inari-Amertron’s earnings growth momentum to continue on the back of its new SiP line capacity expansion and robust demand for new 5G smartphones. It projects a three-year EPS CAGR of 40% for FY20-23F.

Public Bank is the research house’s top pick among Malaysian banks as it believes the bank is the most defensive against the credit risks arising from the Covid-19 outbreak. Its credit charge-off rate of 33bp in FY20 was among the lowest in the sector.

Its FY21F enterprise value/operating free cashflow is also at 0.9 standard deviation below its 13-year mean and at a 28% discount to the Malaysian mobile average.

Streaking: Are you up for running every day?