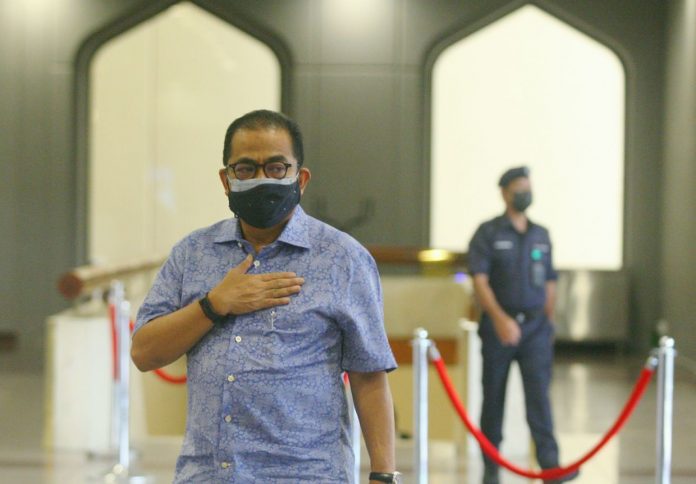 PETALING JAYA: Changing leaders during a crisis is not only justified, but it is sometimes necessary, says Umno vice-president Datuk Seri Khalid Nordin.

Khalid said this was especially if a leader had failed to navigate crises and lost the confidence of the people – let alone support from lawmakers.

He said last January, Italian prime minister Giuseppe Conte was forced to resign after the Italian Viva party led by Matteo Renzi withdrew from his government coalition due to his failure to manage the Covid-19 pandemic.

Khaled said in August last year, Poland’s health minister and foreign minister resigned after being severely criticised for failing to manage the pandemic while in March 2021, Slovakian president Zuzana Caputova replaced his prime minister Igor Matovic and promoted finance minister Edward Heger as his successor when the country recorded one of the highest Covid-19 death rates in the world.

“Some have argued that it is important for all of us to focus our efforts on combating Covid-19 and set aside any politically-motivated actions.

“Such a view is true but not entirely accurate. This is because the basis of such optimism rests on the assumption that those responsible for managing the pandemic are qualified and able to bring about recovery,” Khalid said in a statement on Saturday (July 10).

On Thursday (July 8), Umno withdrew their support for Prime Minister Tan Sri Muhyiddin Yassin, with Khaled saying that he had clearly failed to effectively manage the Covid-19 crisis.

He said the withdrawal of support could effectively provide the answer if the Prime Minister still had a Parliamentary majority and could provide a space to re-evaluate the Dewan Rakyat’s confidence in his leadership.

He said that whatever views and perceptions that arose from Umno’s withdrawal of support, a change of leader in a period of crisis was not strange or irresponsible.

“Hopefully, in the future, anyone aspiring to lead the country will provide the solution the country really needs.

“Someone with depth and breadth of experience, reasonable and serious in managing the country, a leader who is inclusive and pragmatic enough to reach across the aisle and involve more than just a few political elites in mitigating such crises.

“Public trust towards the government and its institutions are at an all-time low, and the country badly needs someone who can project a sense of security and get us out of the mess we are in,” he said.

Exclusive-U.S. special envoy for the Horn of Africa Feltman to leave post