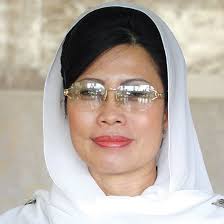 KUCHING: The decision to reopen the childcare centres and the kindergartens here was at the requests of parents and the operators.

Minister of Ministry of Welfare, Community Well Being, Women, Family and Childhood Development Dato Sri Fatimah Abdullah said when parents were allowed to resume work some of them needed childcare services as both parents are working.

“Children need to be placed in a safe place, as a result they (parents) have appealed to the National Security Council (MKN) at the federal-level to reopen the childcare centres. In Sarawak, parents here also voiced the same request,” she said.

She was speaking to reporters after receiving a courtesy call from the head of Sarawak Narcotics Crime Investigation Department ACP Jasmirol Jamaluddin yesterday.

The second justification was that the childcare industry was greatly impacted by movement control order, she said.

She said the operators lost their income for three months but still had to pay the teachers’ salaries and were worried that if the closure were to continue they wound end up closing down.

“For us as educators, we see the importance of early childhood education as justification, as it is the basic education of an individual’s life.”

Fatimah said the SOP for the reopening of the childcare centres on June 9 and kindergartens on July 1 has been approved by the State Disaster Management Committee.

Responding to netizens’ comments on the government’s decision to reopen kindergartens after they were ordered to close since March, while students of higher institution of learning were sent home, Fatimah said the decision of the Ministry of Higher Education is beyond her jurisdiction, adding the matter rests with the Higher Education Minister.