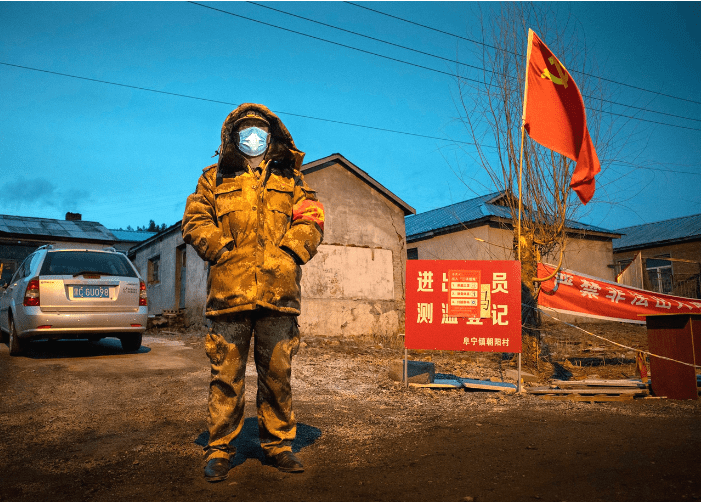 BEIJING: New clusters of coronavirus infections in northeastern China near the Russian border forced officials yesterday to tighten restrictions on movement as they seek to prevent a second outbreak of the contagion.

China has largely curbed the spread of the deadly virus, but there are growing fears of a second wave of cases and Heilongjiang province has emerged as a new front in the battle.

The region has seen an influx of imported cases, mostly among Chinese citizens returning home, but domestic infections have also been mounting — prompting the sacking or punishment of several officials.

In the provincial capital Harbin, where two new coronavirus clusters have been linked to local hospitals, people and vehicles from outside the city are banned from entering residential zones, officials said yesterday.

Anyone arriving from outside China or other virus hot-spots in the country will be forced to quarantine.

Temperature checks and the wearing of face masks are mandatory for anyone entering residential compounds in the city of more than 10 million. And they must also have a ‘green’ health code on a widely-used phone app, officials said. Students from Heilongjiang also have been told not to return to schools or universities in other parts of China until further notice.

Officials said last week 35 people who visited or worked at two city hospitals had been infected by an 87-year-old patient who was being treated for a stroke and later tested positive for Covid-19.

As of yesterday, there were 537 confirmed coronavirus cases in the province, of which 384 were imported, data from the National Health Commission showed.

The seven new domestic infections reported nationwide yesterday were all in Heilongjiang.

Harbin’s deputy mayor and the head of the local health commission have been ‘punished’ for their ‘lax’ handling of the outbreak, the provincial corruption watchdog said, without giving details of the punishments.

The head of Harbin No.2 Hospital, where one of the clusters was reported, has been sacked and 13 other doctors have been ‘warned’, the Heilongjiang discipline authorities said Friday.

An influx of imported cases from Russia has also led to a fresh lockdown in the border city of Suifenhe — which had already closed its land border — and the introduction of two temporary hospitals.

Heilongjiang has also said it is offering cash rewards for help in catching people who illegally cross the border into the province. — AFP