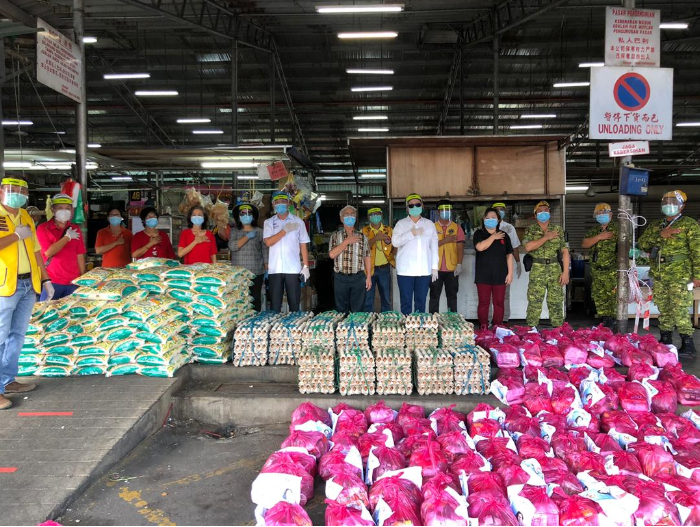 TAWAU: Member of Parliament for Tawau, Datuk Christina Liew had a field day in her constituency on Friday, delivering food supplies for 735 families in need, who are affected by the Movement Control Order (MCO) which has been extended to April 28.

She visited some 16 locations in the Apas, Sri Tanjung and Balung state constituencies under the Tawau parliamentary constituency.

The food supplies were contributed by the State Government and Liew’s MP Fund in providing temporary relief to the people.

Residents’ representative Ahmad Hj Arshad received rice and other food essentials on behalf of 30 single mothers from Kg Titingan, Apas at the village balairaya.
The Tawau MP also dropped by at the police roadblock in Apas where she handed over face masks to police personnel on duty.

While in Balung, Liew spent time at Kg Perpaduan’s Surau Nur Hasanah where she gave out foodstuff to its Chairman Faizal Jami for 49 PPRT households.

Liew was accompanied by the Tawau Parliamentary Chief Liaison Officer, Fung Thin Yein and his team from the People’s Service Centre.