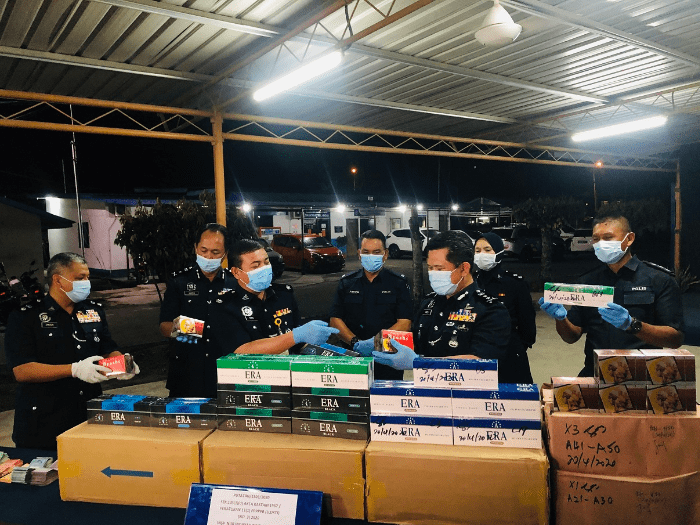 PENAMPANG: Two foreign men will face the music for trying to bribe police officers after being caught smuggling 755 cartons of contraband cigarettes.

He said the police stopped the vehicle for routine inspection during the movement control order (MCO) period and found boxes containing contraband cigarettes.

During questioning, one of the suspects tried to bribe police officers by offering RM7,000 for their release, he added.

However, Mazli said none of the officers were interested in the offer but instead detained both men at the scene, he told a press conference at the Penampang Police Headquarters yesterday.

Mazli said both men in their mid 30s and 40s had been remanded and would be investigated under Section 135(1)(d) of the Customs Act 1967 for smuggling the contraband cigarettes, Regulation 11(1) of the Prevention and Control of Infectious Diseases (Measures within the Infected Local Areas) Regulation 2020 for violating the MCO period, and the Malaysian Anti-Corruption Commission for bribery.

Meanwhile, he said the police had yet to receive detailed information on domestic violence in Sabah, especially during the MCO period.

He said although there had been no clear reports, police had been monitoring such cases closely including getting feedback and information from various parties.

It has been reported that there has been an increase in the number of domestic violence reports in Peninsular Malaysia since the movement control order (MCO) was implemented to contain the chain of Covid-19 pandemic.