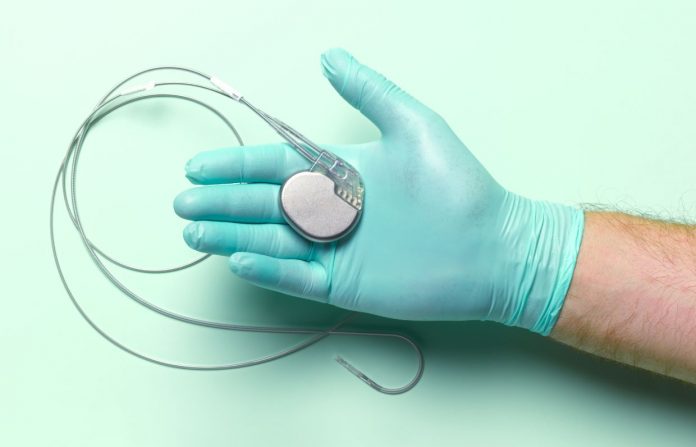 Pacemaker wearers should keep a reasonable distance – at least 15cm – from devices containing magnets or components and transmitters that produce electromagnetic fields. These are notably found in smartphones, tablets and laptops, as well as in wireless speakers and headphones.

Even if the risk of accident is rare, under certain conditions, these magnets and electromagnetic fields can interfere with the proper functioning of pacemakers or even cause them to stop. In order to avoid any risk, pacemaker wearers are strongly advised to maintain a safe distance between themselves and the product in question. It’s therefore best to keep a distance of 15cm to 30cm between these products and the implanted medical device.

Apple’s information on the subject specifies, for example, that the iPhone 12, its entire range of iPads, its Mac computers, the Apple Watch, the HomePod and AirPods, all contain magnets that can create more or less significant levels of interference.

Still, danger doesn’t always lie where you expect it. In the home, for example, people with pacemakers should never get too close to induction hobs. In this case, a distance of at least 50cm should be maintained. – AFP Relaxnews

Howard Hesseman, star of ‘WKRP In Cincinnati,’ dies at 81