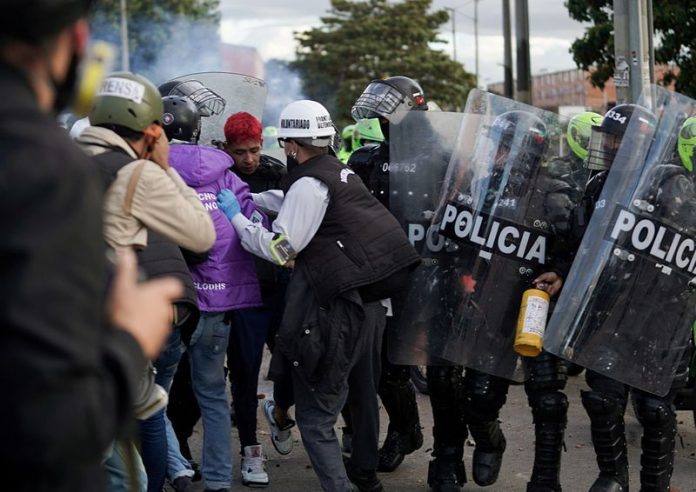 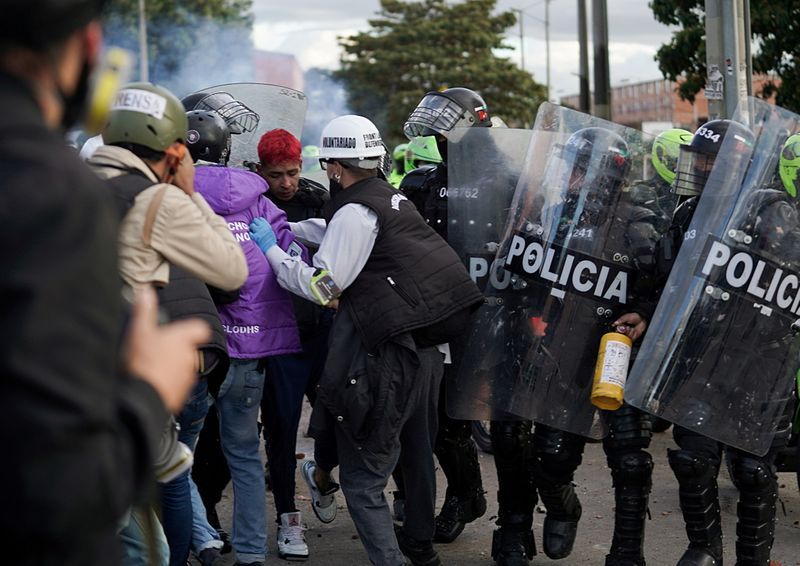 BOGOTA (Reuters) – Colombia’s government must hold genuine dialogue with civil society and ensure punishment for security force members who have committed abuses, after violence at weeks of antigovernment protests led to at least 27 deaths, the Inter-American Commission on Human Rights (CIDH) said on Wednesday.

The CIDH, an autonomous arm of the Organization of American States, presented 41 recommendations based on a June visit to the Andean country. Several of the recommendations were roundly rejected by the government in its own statement later on Wednesday.

The attorney general’s office has directly linked 27 deaths to the demonstrations and is verifying 11 more, while human rights groups say they have confirmed as many as 40 deaths, with dozens more under investigation.

“The commission confirmed that, repeatedly and in various regions of the country, the response of the state was characterized by excessive and disproportionate use of force,” CIDH President Antonia Urrejola told journalists.

“In many cases those actions included lethal force,” Urrejola said.

Indiscriminate use of firearms by police against both protesters and bystanders was especially acute in the city of Cali and nearby municipalities, she said, though Urrejola added the CIDH has no evidence police leaders ordered abuse.

Colombia should “promote and reinforce, from the highest levels of the state, a national process of genuine dialogue, with a territorial focus, that allows all sectors to be heard,” the group said in the recommendations.

Colombia must also adopt all necessary measures to impartially investigate accusations of abuse by security forces, as well as punishments for those responsible.

Victims and their families should receive reparations and the right to protest must be protected, added the CIDH.

The national police should also be removed from defense ministry control, the CIDH said, a long-held protester demand repeatedly rejected by the government.

The government said in a statement the attorney general’s office is already investigating abuses, which have been repeatedly condemned by President Ivan Duque.

The constitution allows the police to be managed by the defense ministry, it added, and officers are not permitted to use lethal firearms at protests.

A recommendation that Colombia not automatically forbid the use of road blocks as a form of protest was rejected by Duque.

“No one can recommend that a country be tolerant of criminal acts,” he told journalists.

Duque has previously said his government will ask Congress to approve more police training and increased oversight, though he has drawn protesters’ ire for promising stiffer penalties for vandalism and road blocks.

There are 220 police disciplinary investigations under way in connection with the protests, including 16 for murder, according to the police.

Though major protest groups have now suspended demonstrations, one union president says bigger demonstrations will occur if demands are not met.