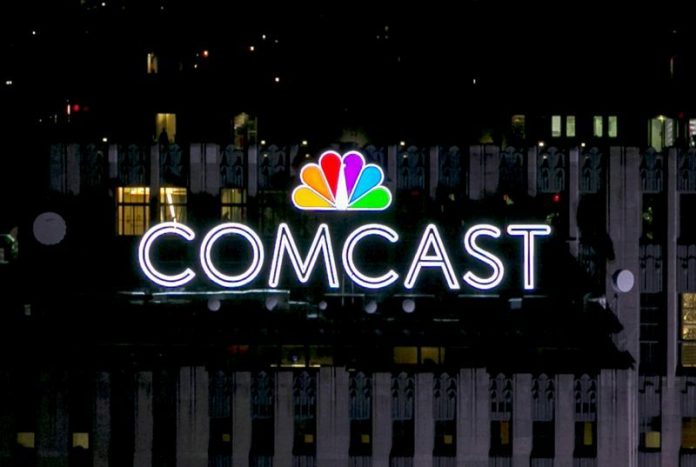 (Reuters) – Comcast on Thursday said advertising rates and the volume of ad inventory it sold for the fall television season rose by double-digit percentages from the same period last year, as the parent company of NBCUniversal sought sponsors for inventory that included the upcoming 2022 Winter Olympics and Super Bowl LVI in February.

This was the first “upfront” sales period in which Comcast sold local, national and global advertising inventory together, for both traditional TV and digital programming. The upfronts are a series of annual presentations held in May by TV broadcasters to preview the upcoming season of shows for advertisers.

As traditional TV ratings decline across networks, Comcast is banking on marketers to advertise across digital platforms like its Peacock streaming service, which has an ad-supported option. Comcast said it sold $1 billion worth of ad inventory on its digital channels and $500 million in ad inventory on Peacock.

The company said 85% of ad inventory for Super Bowl LVI, scheduled for Feb. 13, is sold or in discussions, and that ad rates for Sunday Night Football are reaching “record highs.”

In June NBCUniversal Chief Executive Jeff Shell attributed higher ad rates to a combination of limited supply and demand from more marketers as they emerge from the pandemic and ramp up ad spending they may have paused or reduced last year.

Comcast’s media rivals have also reported strong upfront results – a positive sign for the TV industry, which struggled during the height of the pandemic as brands slashed their marketing budgets.

In June Walt Disney Co Chief Executive Bob Chapek said advertising revenue for the fall television season rose by “double-digits” from 2019, and that about 40% of upfront sales went to streaming or digital ads. AT&T-owned WarnerMedia described its upfront as the “most successful” in the company’s history.

Sheffield lorry driver Brian Wilson, 90, says he is in for the long haul