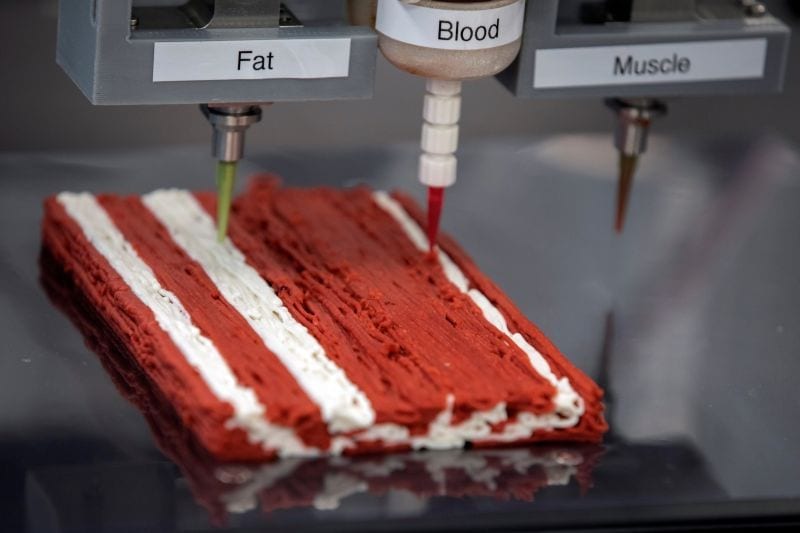 Meat substitutes are increasingly popular with consumers concerned about animal welfare and the environment, boosting sales at Beyond Meat, Impossible Foods and Nestle .

Redefine Meat, based in Rehovot, south of Tel Aviv, will first market test its “Alt-Steak” at high-end restaurants this year before rolling out its industrial-scale 3D printers to meat distributors in 2021.

“You need a 3D printer to mimic the structure of the muscle of the animal,” CEO Eshchar Ben-Shitrit told Reuters.

The machines to be launched next year will be able to print 20kg an hour and eventually hundreds, at a lower cost than real meat.

Founded in 2018, the company raised $6 million last year in a round led by CPT Capital, an investor in Beyond Meat and Impossible Foods. Hanaco Venture Capital and German poultry group PHW also invested.

“The market is definitely waiting for a breakthrough in terms of improving the texture,” said Stacy Pyett, who manages the Proteins for Life programme at Wageningen University & Research in the Netherlands.

She said 3D printing is one technology competing to improve alternative meat texture, but “having new technologies … doesn’t necessarily solve the flavour and taste problem”.

Alternative meat sales could reach US$140 billion by 2029, about 10% of the world meat market, according to Barclays.

“Our technology will be available in selected top restaurants in Europe this year, before we focus on scaling it up during 2021,” CEO Giuseppe Scionti said.