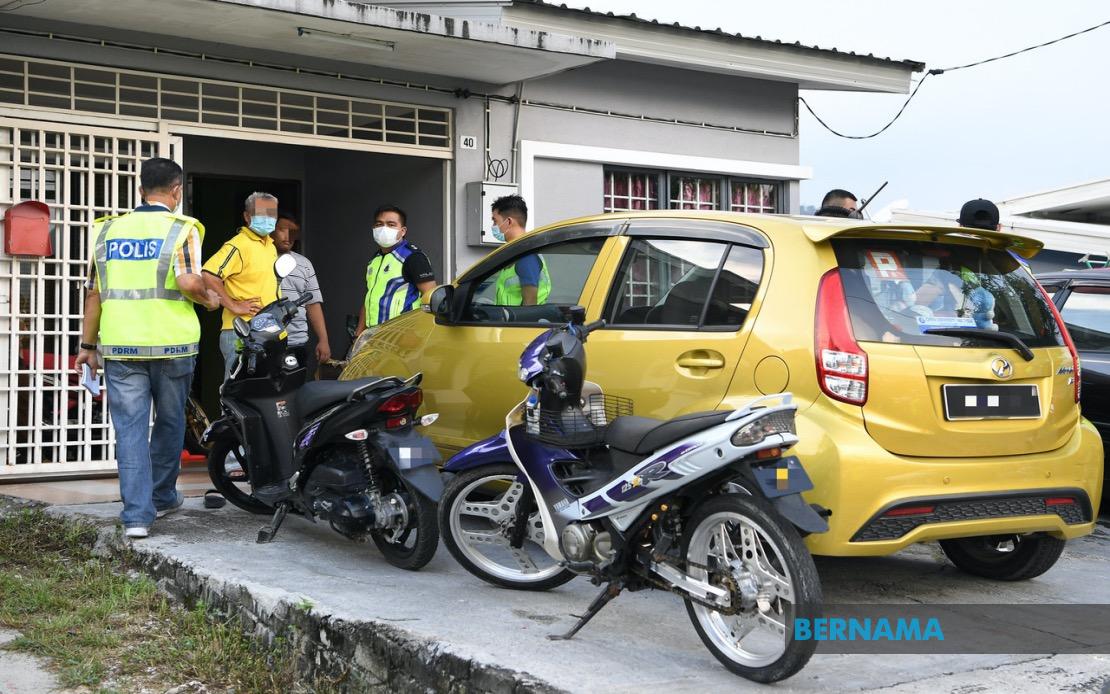 Hari Raya visiting was permitted only on the first day of Aidilfitri under strict standard operating procedures (SOPs), while the public is still prohibited from travelling interstate.

Compounds have already been issued to those breaching the Hari Raya SOPs and among the offenders was a houseowner in Taman Selayang Mutiara, Batu Caves, here.

The 35-year-old man who was slapped with a compound for having far too many people in his house claimed he was not aware of the 20-visitors limit and that the Hari Raya visits were only allowed yesterday.

Unfortunately for a 19-year-old lad who happened to visit the house today, his hope to get a taste of some Raya delicacies was hampered.

He had just arrived at the house compounds with a friend on a motorcycle, when personnel from the Gombak police headquarters made a surprise check on the premises.

According to the youth, all he wanted was to join in the festive celebration as he could not return to his hometown in Pasir Mas, Kelantan.

In Terengganu, state police chief  Datuk Roslee Chik said inspections were conducted in 31 villages, and 21 housing estates where 42 families were questioned on the first day of Aidilfitri yesterday.

However no compound notices were issued in the East Coast state, as the offenders were let off with a verbal warning. – Bernama

SG woman who allegedly disclosed info of over 1,100 bank customers to scammers to...