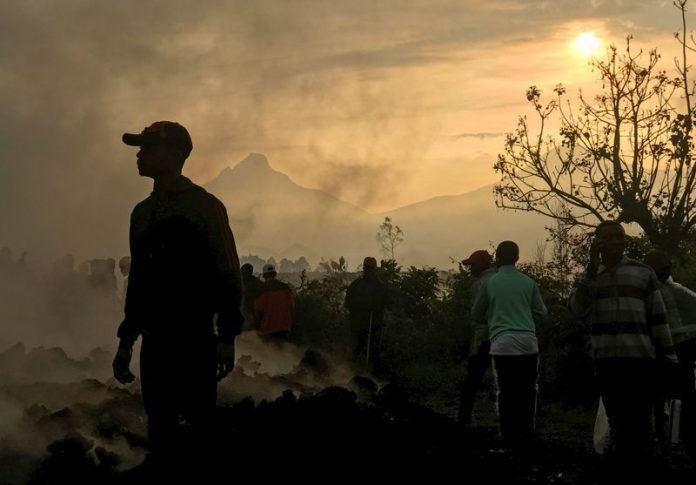 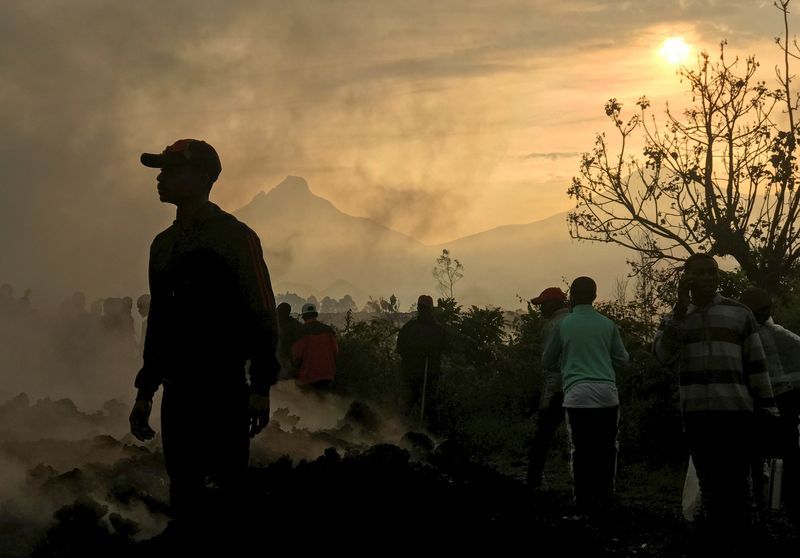 KINSHASA (Reuters) – Researchers at an eastern Congolese volcano observatory on Saturday said they could have predicted the deadly eruption of Mount Nyiragongo in May if their work had not been impeded by alleged mismanagement and embezzlement.

At least 31 people died when the volcano sent a wall of lava spreading towards Goma on May 22, destroying 3,000 homes along the way and cutting a major road used to bring aid to the strife-torn region.

In a public letter to President Felix Tshisekedi, the workers at OVG, which monitors Nyiragongo, said the organisation had been crippled by salary arrears, embezzlement of funding, mistreatment of employees and other issues.

“Nyiragongo’s recent eruption could have been predicted by OVG researchers if it were not for all the problems,” they said, demanding payment of back salaries and the nomination of new management.

Representatives of OVG’s current management committee did not respond to requests for comment.

In late May, the president’s office said it would pay all OVG’s salary arrears and unpaid operational costs, promising to replace out-of-date or damaged equipment.

Before the latest eruption, volcanologists at OVG struggled to make basic checks on a regular basis as the World Bank had not renewed funding amid embezzlement allegations.

From October to April, the observatory could not carry out comprehensive seismic checks on the volcano because analysts lacked an internet connection. Nonetheless, volcano-watchers have said the eruption was not easily predictable.

“Even if there were more instruments, I don’t think we would have been able to know in advance,” said Francois Kervyn, the head of GeoRiskA, which monitors geological hazards in Africa. “It surprised us that it happened very abruptly.”

Chris Mason: Anguish at conference that should be Truss's victory lap

How to get your coffee fix at a lower cost to...