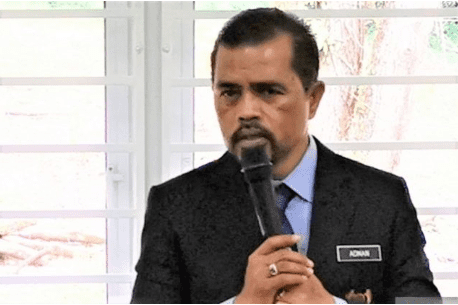 KUALA LUMPUR: The Congress of Unions of Employees in the Public and Civil Services (Cuepacs) has called on the public to cooperate with all government frontline personnel in efforts to curb the spread of Covid-19, and not to provoke or challenge them in any manner.

Cuepacs president Adnan Mat in a statement today said the congress had received complaints that there were still certain quarters who disobeyed orders under the movement control order (MCO).

“Let us not deliberately challenge the patience of the frontline staff. Many have also been found to be speaking harshly with law enforcement personnel.

“Some have even made postings challenging the authorities on social media, just because they are dissatisfied with the actions of law enforcement personnel who are only carrying out their duties responsibly,” he said.

He said people, regardless of their rank, position or status had to give good cooperation so that enforcement personnel could carry out their duties well.

He said the public should be aware that frontline government personnel such as the police and the army were on duty 24 hours a day to ensure the situation in the country was under control.

Meanwhile, he said Cuepacs expected every head of department involved in the civil service to take due consideration before merely placing the blame on their subordinates.

“Avoid making statements or taking actions that could undermine the motivation of public servants,” he said.

He said the support of department heads was essential in the current state of affairs, where civil servants were working under high pressure. – Bernama