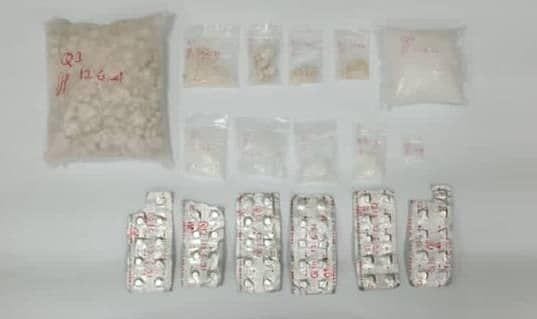 BATU PAHAT: Close to RM50,000 worth of drugs have been seized by police in three separate raids in two districts here.

Batu Pahat OCPD Asst Comm Ismail Dollah said that the raids took place between 7.30am and 8pm around Sri Gading in Batu Pahat and Simpang Renggam in Kluang.

“Three men and one woman between the ages of 30 and 40 were also arrested.

He added that police also seized a four-wheel drive vehicle and RM1,500 in cash.

ACP Ismail said that the case is being investigated under Section 39B of the Dangerous Drugs Act, which carries a death sentence, or life in prison, and whipping, if convicted.

“All four suspects have criminal records and will be remanded for seven days starting from June 13 for further investigations,” he said.

SemarakNiaga proves MoF is helping businesses to bounce back