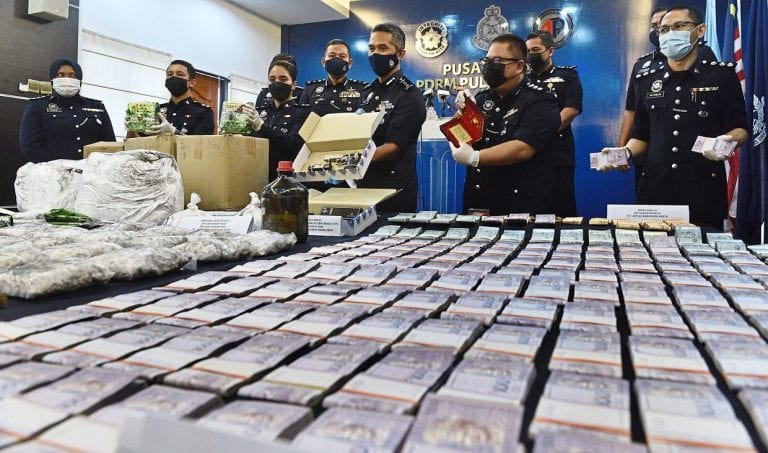 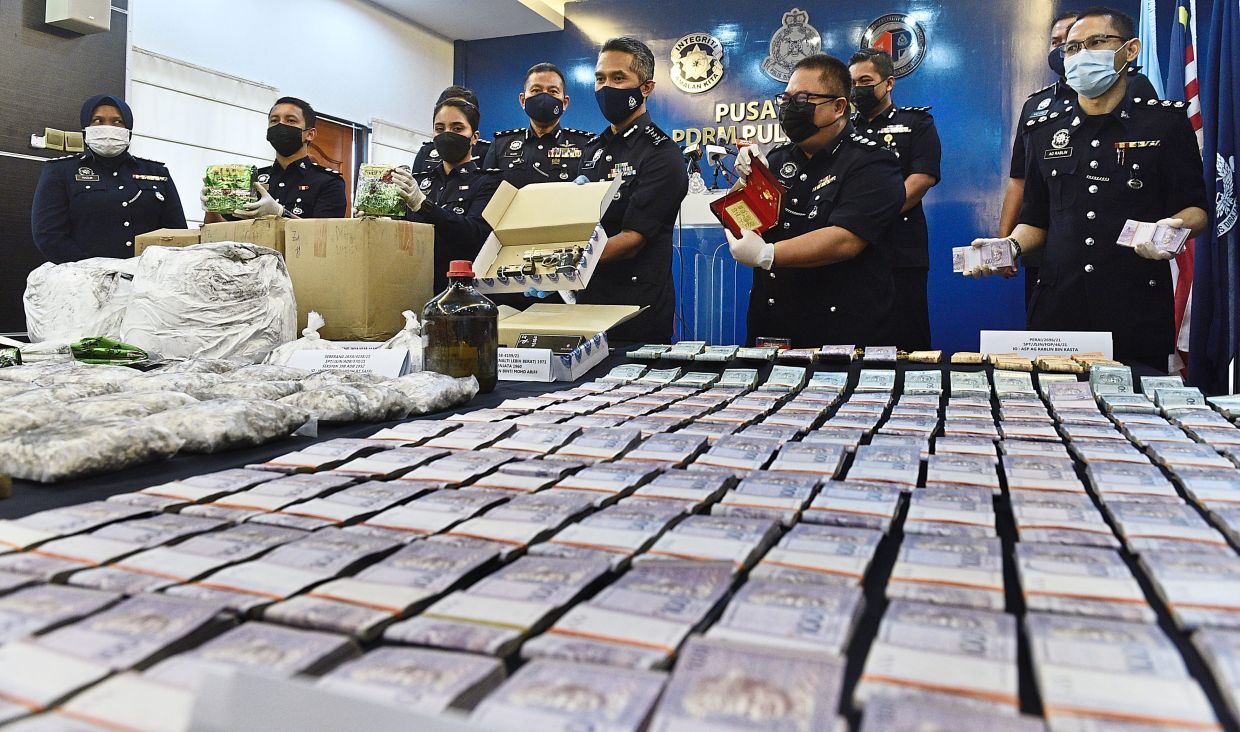 GEORGE TOWN: A rescue operation mounted after a collision between two fishing boats has led to the discovery of 60kg of syabu worth RM2.16mil.

An inspection was made after the collision on July 6 and police found the 60kg of syabu in one of the boats at Sungai Muda in Kepala Batas on the mainland.

“It was fortunate for us that their activities were uncovered.

“We arrested a 38-year-old man at the Kepala Batas Hospital who was hospitalised after the boat collision, ” he said at the state police headquarters here yesterday.

Another suspect who was in the boat, aged 42, was detained on July 10 in Kepala Batas.

Both suspects are believed to be part of a drug-trafficking syndicate that has been active this year.

The drugs were meant for distribution in a neighbouring country, said Comm Shuhaily.

Police also confiscated two cars and five motorcycles worth RM56, 000. The suspects have no criminal record.

Meanwhile, police are looking for the third man in the boat, Muhammad Azim Zahari, 19, and another man Mohd Azha Tajuddin, 32, to help in the investigations.

“The public can contact Insp Muhamad Izwan Alias at 019-654 2144 if they have information, ” said Comm Shuhaily.

The case is being investigated under Section 39B of the Dangerous Drugs Act 1952, which carries the mandatory death penalty upon conviction.

In a second operation, a team from the Penang Narcotics Criminal Investigation Department raided a house in Prai and seized 27 packets of syabu weighing 29.1kg.

Police also detained a 25-year-old woman who was in the house and seized RM760, 000 in cash as well as jewellery.

They also found a pistol and 13 bullets in a car parked in Seberang Jaya.

He said police confiscated drugs, including heroin, heroin base and caffeine worth RM1.474mil, as well as a luxury MPV.