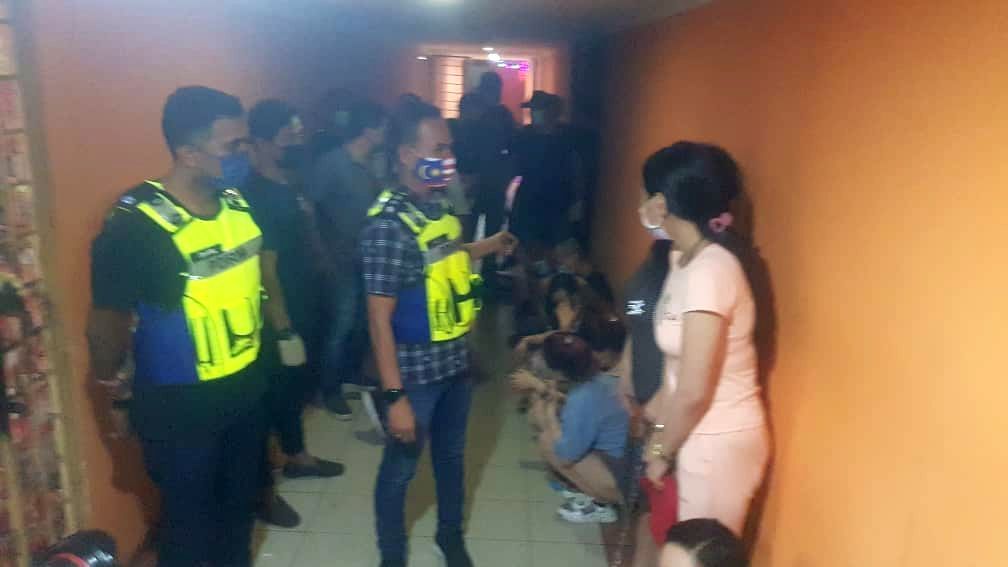 He said that 10 of the women are Vietnamese, while two are Chinese nationals.

“We also detained seven pimps and five customers during the raid and seized 30 condoms,” he added.

On the raid conducted by KL CID following a tip-off that several men were offering the sexual services of the foreign women at the condominium’s lobby, ACP Nasri said that it began at about 6pm and added that police had to break open the doors to four condominium units after the women realised the presence of police personnel.

“When the raid was conducted, some of the women risked their lives by hiding at the balcony of a unit while others hid on top of a water tank. There were also those who hid beneath a bed’s mattress,” he said.

It is learnt that the location have been raided numerous times but the foreign women and their caretakers used various tactics to offer sex services, including saying that they were residents of the condominium.

It is learnt that customers would choose the type of women they wanted based on the price offered before the pimps would bring them to a unit located on the condominium’s sixth floor to meet the women.

ACP Nasri said the sex services were priced between RM50 and RM100.

Some Ads Play on Streaming Services Even When the TV Is Off, Study Finds