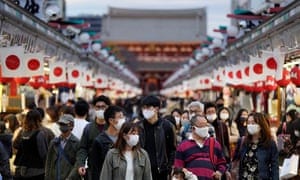 Here are the key developments from the last few hours:

Global aviation body IATA, which represents many of the world’s major airlines, is developing a set of mobile apps to help passengers to navigate Covid-19 travel restrictions and securely share test and vaccine certificates with airlines and governments, it said on Monday. IATA plans to pilot the Travel Pass platform by year-end and deploy it for Android and Apple iOS phones in the first half of next year.

Passenger health and other data are not stored centrally but authenticated with blockchain, leaving consumers in control of what they share, IATA said. A new “Contactless Travel” app will combine passport information with test and vaccination certificates received from participating labs. It will also draw on global registries of health requirements and testing and vaccination centres.

Separately, Australia’s flagcarrier Qantas said it will insist in future that international travellers have a Covid-19 vaccination before they fly, describing the move as “a necessity”.

British ministers have been urged to set out plans to prevent travel chaos over Christmas as families race to see each other when Covid-19 restrictions are temporarily eased.

Boris Johnson is expected to detail a UK-wide relaxation of curbs on Tuesday to let a number of households gather for a period of up to five days, potentially starting from Christmas Eve.

On Monday the prime minister said families would need to make a “careful judgment” about visiting elderly relatives because “this virus is obviously not going to grant a Christmas truce – it doesn’t know it’s Christmas”.

Given the limited window for travel to see family, it raises the prospect of gridlocked roads and packed trains, risking further spreading of the virus. Planned railway upgrade works over the period could compound any problems.

Labour urged the government to come up with a plan to explain how the transport network would cope:

A brief but eruptive break from coronavirus news now – a group of geologists in Dunedin, New Zealand are hoping to reduce climate-damaging emissions by drilling deep into an extinct 11-million-year-old volcano below the South Island city to harness its heat:

In the UK, vaccines and wider testing will mean less reliance on social restrictions as the country returns to normal post-coronavirus, the government said.

PA: Prime Minister Boris Johnson announced proposals for the new tier system in England to replace the current lockdown on Monday, hours after the Oxford-AstraZeneca team announced its vaccine had proved 70% effective.

This followed similarly positive results from trials of a vaccine created by Moderna and another by Pfizer/BioNTech.

Under the Covid Winter Plan, published alongside Monday’s announcement, the Government warned a shift from economic and social restrictions to reliance on science “will not happen overnight”.

It added: “Recent developments on testing make it possible to reduce cases in the highest prevalence areas alongside the tiers. Together with the prospect of effective vaccines, these advances provide confidence that as we approach spring, life can begin to return closer to normal.”

The Government said it had secured access to more than 350 million doses of vaccines from seven developers between now and the end of 2021.
These include 100 million of the Oxford/AstraZeneca jab and 40 million of the Pfizer/BioNTech innoculation.

The number of confirmed coronavirus cases in Germany increased by 13,554 to 942,687, data from the Robert Koch Institute for infectious diseases showed on Tuesday.

India said on Tuesday it had recorded 37,975 new infections of coronavirus, with the daily increases, tallied by Reuters, remaining below the 50,000 mark for more than two weeks, having peaked in September.

The latest increase brought the total number of cases to 9.18 million, the health ministry said. Deaths rose by 480, with the total now at 134,218.

India has the second-highest number of cases in the world, after the United States.

Reuters: Economy Minister Yasutoshi Nishimura said he hoped a final decision on the temporary exclusion of western Osaka city as well as Sapporo in northern Japan could be made later in the day.

“Infections are spreading and medical care is becoming tense, so I think it’s good to act as soon as possible,” Nishimura told reporters after a cabinet meeting.

Nishimura said the exclusion would initially be for three weeks, during which there would be a halt of new reservations under the programme.

Prime Minister Yoshihide Suga said on Saturday the government would suspend new reservations under the Go To Travel programme for trips to hard-hit areas as new coronavirus cases have continued to rise nationally.

Suga has been attempting a balancing act of revitalising the hard-hit economy while keeping the spread of the coronavirus under control.

In Australia, the state of Queensland will reopen its border to Sydney residents in time for Christmas after the premier, Annastacia Palaszczuk, announced the state was “good to go” and travel restrictions will be relaxed from 1 December.

After months of pressure from the federal and NSW governments to lift border restrictions that have for months cut off greater Sydney from Queensland, Palaszczuk said on Tuesday that the restrictions would lift next Tuesday.

“We know how tough this has been on families. This is a great day. It’s exciting news,” Palaszczuk said.

“Queensland is good to go. We absolutely want to see our tourism industry continue to flourish and prosper.”

Residents of regional NSW have been allowed into the sunshine state since the beginning of November, but the newly elected Queensland government had insisted the border would remain closed to greater Sydney until it had recorded 28 days with no locally transmitted cases of Covid-19.

Tuesday marks 31 days since NSW last recorded a case with no known source:

But back to coronavirus news.

Andrew Cuomo won’t be having Thanksgiving with his mother after all, my colleague Maanvi Singh reports.

The New York governor had announced on Monday that he would be spending Thanksgiving with his 89-year-old mother and two daughters in Albany, New York, despite urging his constituents to refrain from gathering for the American holiday amid a rise in coronavirus cases.

But later in the day, his office issued a statement clarifying that “plans have changed” following a backlash.

“Given the current circumstances with Covid, [Cuomo] will have to work through Thanksgiving,” his senior adviser Rich Azzopardi told the Wall Street Journal’s Jimmy Vielkind.

Cuomo has been asking New Yorkers over the past few days to refrain from traveling or gathering with older relatives for Thanksgiving. “Next Thanksgiving, you’ll ask yourself: Did I do everything I could to keep my community safe?” he said, just on Sunday:

Hi, Helen Sullivan back with you on the blog.

I have been away doing something very important (looking for a picture of a shrimp in a towel), and was more successful than I could possibly have hoped to be: cartoonist Sara Lautman just drew one herself, after one could not be googled:

The Covid vaccine developed in the UK by Oxford University and AstraZeneca can protect 70.4% of people from becoming ill and – in a surprise result – up to 90% if a lower first dose is used, results from the final trial show.

The Oxford vaccine is the third to produce efficacy results, following Pfizer/BioNTech and Moderna whose vaccines were made with a different technology. Both of those reported almost 95% efficacy and Pfizer has applied for a licence in the US and UK.