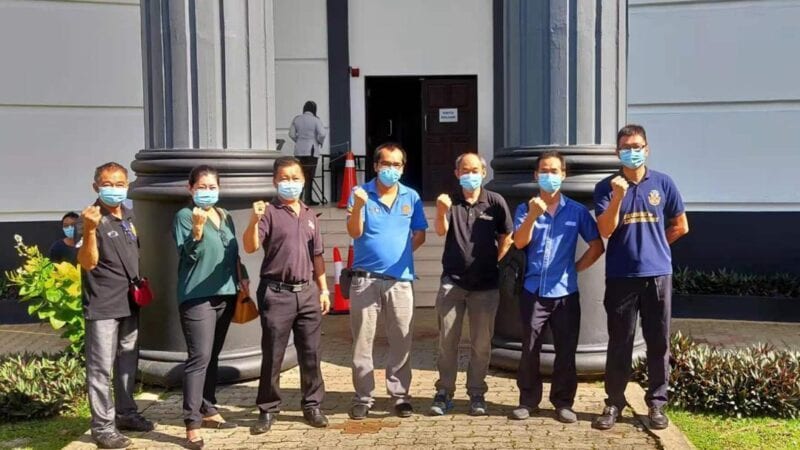 KUCHING, Dec 2: Seven Sarawak for Sarawakians (S4S) members were discharged and acquitted by the Magistrate’s Court here of the charge of disrespecting the national anthem ‘Negaraku’ in a public place.

The seven accused were charged with showing disrespect towards the national anthem during a political function at a hotel in Padungan on Sept 27 last year.

They were charged under Section 8(3) of the National Anthem Act 1968, to be read together with Section 34 of the Penal Code, which carries a fine not exceeding RM100 or imprisonment not exceeding one month, upon conviction.

Five witnesses were called by the prosecution during the trial.

Lee told reporters after the ruling that his clients were in a situation where there was no legal obligation for them to stand.

He said, during the said political function, the music was played from YouTube which may not appear to be national anthem. Therefore, the song was not properly played during the said function.

He also said there were at least eight different versions of songs featuring the national anthem’s tune with different language and different lyrics which can be found online. — DayakDaily