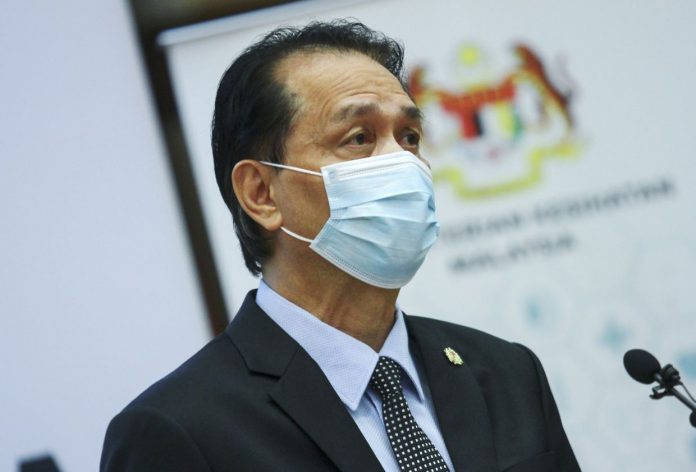 PETALING JAYA: The Health Ministry has identified 21 new Covid-19 clusters nationwide, of which 11 of them are workplace-related.

Health director-general Tan Sri Dr Noor Hisham Abdullah on Thursday (July 1) said among the worst hit clusters were the Dah Batik Industri cluster in Sungai Petani, where 35 cases were detected after 103 were screened.

In the Dah Lima Industri cluster in Sungai Petani, Kedah, there were 34 cases reported after 182 were screened for Covid-19.

There were also 31 cases detected in the Kampung Telok Kemang workplace cluster in Johor, after 43 were screened and in Perak, eight cases were detected at the Jalan Industri Enam Jelapang cluster after 163 were screened.

There were also nine clusters classified as community outbreaks. Among them included the Seri Semarak cluster in Kuala Lumpur where 72 tested positive after 705 were screened.

There was also a high-risk group cluster known as Jalan Residensi in Penang, where 29 cases were detected after 127 were screened.

As of Thursday (July 1), there are a total of 887 active clusters nationwide.

War in Ukraine: Koko’s phone is your phone as she makes her way out

Swimming: Olympics-Swimming-Titmus out to terminate Ledecky’s reign in the Tokyo pool

Child assaults: ‘If the police won’t do their job, we’ll do it for them’