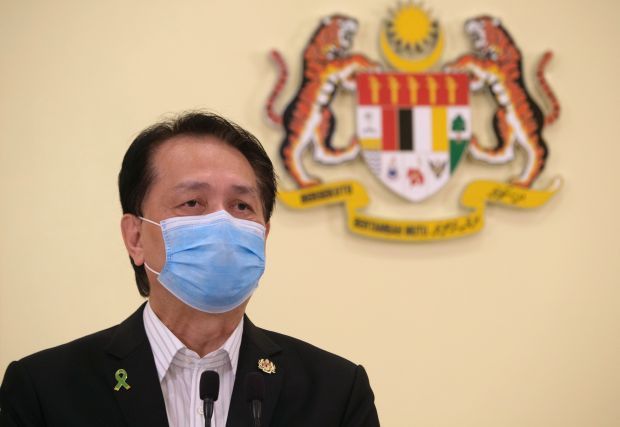 PUTRAJAYA: Another 74 people succumbed to Covid-19, bringing the country’s death toll to 4,276.

The rest were in Negri Sembilan (nine), Sarawak and Johor (seven each), Sabah (six), Labuan and Kuala Lumpur (five each), Melaka (three), Pahang (two), Perak, Terengganu and Kedah (one each).

Of the total deaths yesterday, 68 were locals while the other six were foreigners.

Six of the cases have been classified as “brought in dead” (BID) with four of them reported in Labuan Hospital.

The other two BID cases were in Hospital Sultan Haji Ahmad Shah in Temerloh and Hospital Serdang in Selangor.

All but one had no record of comorbidities.

Dr Noor Hisham said the number of patients in intensive care units have dropped slightly from 909 on Thursday (June 17) to 894 on Friday (June 18).

There are 451 patients, who are on ventilator support.

This is the 12th straight day throughout the lockdown that recoveries outnumbered new cases.

Other Sports: Lessons in Olympic spirit from ‘Japan’s’ Korean gold medallist live on