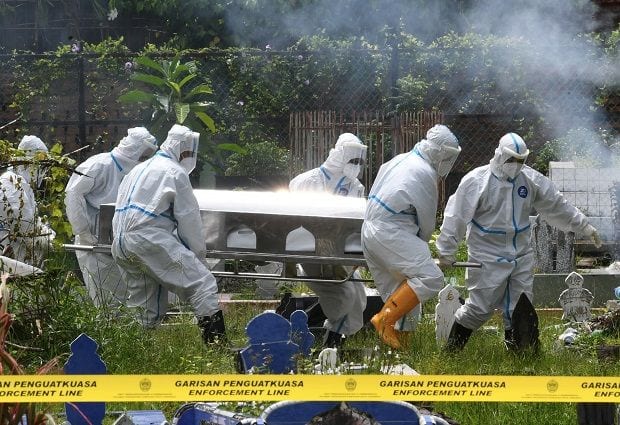 Out of the 87 who died from Covid-19, three of them were foreigners and the remaining were Malaysians, said Health director-general Tan Sri Dr Noor Hisham Abdullah in a statement.

There were 34 deaths in Selangor, 12 in Johor, nine in Negri Sembilan, six in Kedah, five in Kuala Lumpur, four each in Sarawak and Penang, three each in Kelantan, Terengganu, and Pahang and two each in Melaka and Labuan, he said.

Meanwhile, Dr Noor Hisham said those who were warded at the intensive care unit (ICU) remained at a high of 890 for the 13th consecutive day, with 444 of them requiring ventilator support.