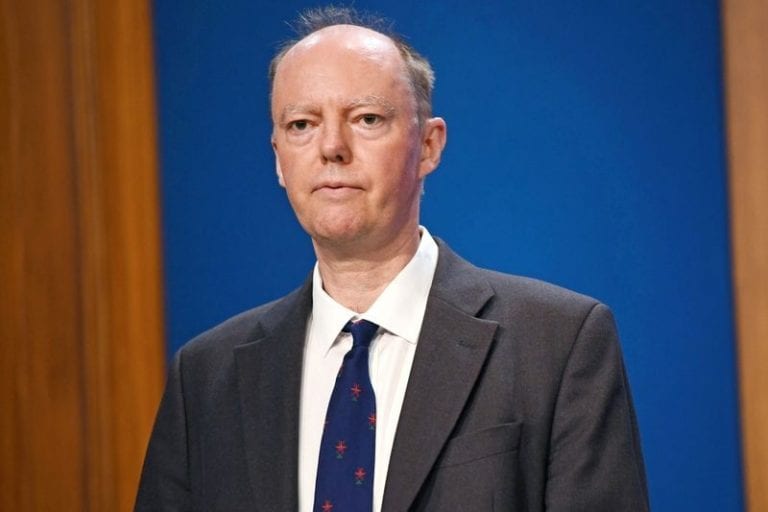 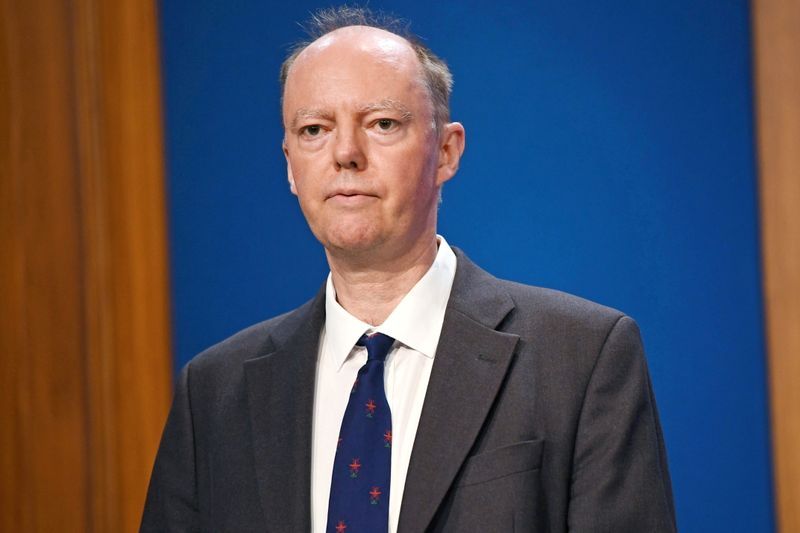 (Reuters) -England’s coronavirus crisis could return again surprisingly quickly and the country is not yet out of the woods, chief medical officer Chris Whitty said on Thursday ahead of the lifting of legal restrictions.

The government is removing most pandemic restrictions in England from July 19, saying a rapid rollout of COVID-19 vaccines has largely broken the link between infections and serious illness or death.

Whitty said that the doubling time for hospitalisations was currently around three weeks, and that low numbers of people in hospital with COVID-19 currently could rise to serious levels over the next couple of months.

“It doesn’t take many doublings until we’re in actually quite scary numbers again… I don’t think we should underestimate the fact that we could get into trouble again surprisingly fast,” Whitty said in a webinar late on Thursday hosted by the Science Museum https://bit.ly/3z5Zs0i.

“We are not by any means out of the woods yet on this, we are in much better shape due to the vaccine programme, and drugs and a variety of other things.”

Britain has had among the highest death tolls in the world but two-thirds of its adult population have been fully vaccinated.

Prime Minister Boris Johnson is urging people to be cautious as England moves to Step 4 – the end of legal lockdown curbs – on Monday. This means the last remaining businesses still closed, including nightclubs, can finally reopen.

Johnson acknowledges a wave of infections and more deaths are inevitable when restrictions end, but said worse harm would come from keeping the economy shut.

However, the self-isolation requirement for people exposed to positive cases could hinder the economy too, with over 48,000 cases reported on Thursday.

Over 520,000 contact tracing alerts were sent through the app in the week to July 7, and Karan Bilimoria, president of the Confederation of British Industry (CBI), said it was a seriously concerning situation.

“On Monday we’re going to have a situation where on the one hand we’re opening up the economy, on the other hand we’re closing down the economy,” he told LBC radio.

“The hospitality sector, 20% of staff are isolating, the health service up to 25% of staff are absent, and buses and trains delayed. This cannot go on… This is wrecking the economy.”

(Reporting by Kanishka Singh in Bengaluru and Alistair Smout in LondonAdditional reporting by Kate Holton; Editing by Karishma Singh/Guy Faulconbridge)