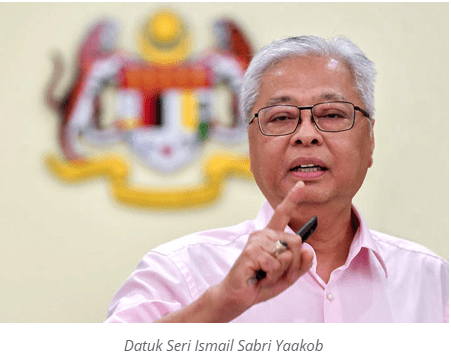 PUTRAJAYA: The current Covid-19 outbreak does not discriminate between social classes, said Senior Minister (Security Cluster) Datuk Seri Ismail Sabri Yaakob to those who were rude and refused to cooperate with medical staff involved in handling the pandemic.

He stressed that social class or position could not guarantee that they would be safe from the virus.

“I hope those of higher position should be more civilised than other people and
would cooperate with the frontliners.

“Because, as I said, high social class does not guarantee that they would be safe from Covid-19,” he said after the Special Ministerial Committee on MCO meeting , yesterday.

He said that when asked about the frustrations voiced by frontliners in the social media regarding having to put up with the group they categorised as ‘having just descended from the heavens’ or ‘turun dari kayangan’ which were those
who had just arrived from overseas.

Several posts on various social media platforms claimed that the elites had mostly refused to undergo compulsory quarantine and some had even used abusive words against medical staff during their medical examinations.

Asked on what action could be taken against the group, he said laws related to preventing civil servants from carrying out their duties could be applied to the issue.

Ismail Sabri said as of Thursday, 146 quarantine centres have been operational with 10,328 individuals undergoing compulsory quarantine.

Asked whether the government would give parents the flexibility to take their children home from campus or residential college if the MCO was extended, he said to date the same standard operating procedure (SOP) is still being maintained.

“It means that for students at their college or university, they still have to stay on campus
and their food will continue to be provided,” he said. — Bernama