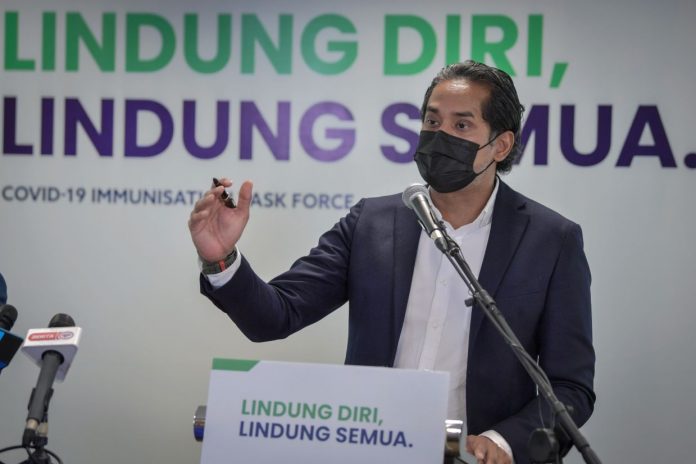 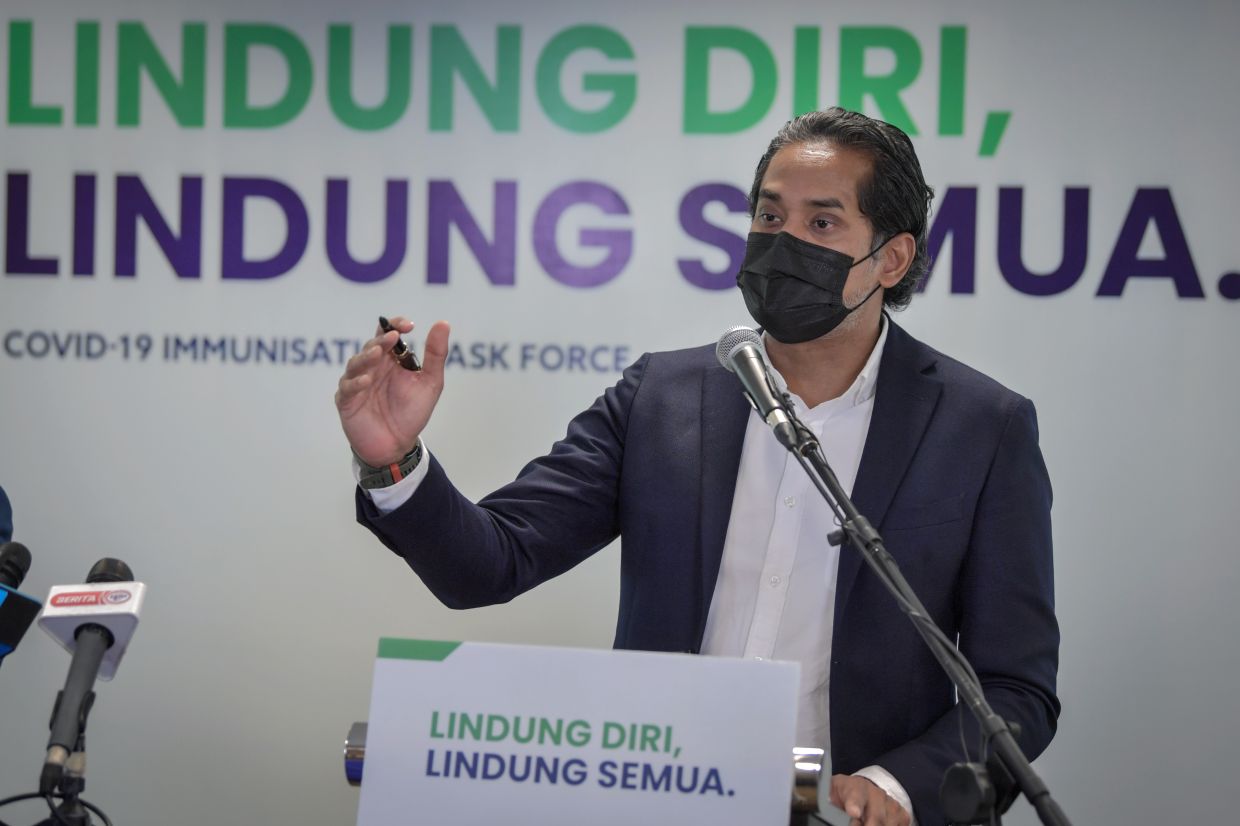 KOTA BHARU (Bernama): The government will be supplying the Covid-19 CanSino vaccine to Kelantan in July to vaccinate residents living in the interior including Orang Asli.

National Covid-19 Immunisation Programme coordinating minister Khairy Jamaluddin (pic) however said the total number of vaccine doses to be distributed to Kelantan will be announced later after the government had acquired the vaccine next month.

“The one-dose vaccine is important to facilitate the authorities in vaccinating residents in the interior including Orang Asli in Gua Musang, Kuala Krai and so on, as there is no need to enter the areas twice,” he said.

He was speaking at a media conference with Kelantan Mentri Besar Datuk Ahmad Yakob after the Kelantan Covid-19 Immunisation Task Force meeting at Kota Darulnaim Complex here on Thursday (June 17).

Earlier Health director-general Tan Sri Dr Noor Hisham Abdullah was reported as saying the CanSino and Johnson & Johnson (J&J) vaccines, which only needed one dose, have been approved for conditional registration for emergency use.

Dr Noor Hisham said the approval was given at the 359th meeting of Drug Control Authority (DCA) two days ago.

Asked on the government’s strategy to achieve 80 per cent herd immunity by the end of the year, Khairy said vaccination centres (PPV) nationwide would be opened to walk-in individuals after those who had registered received their vaccine jabs.

“We are confident that after dispensing to all those who have registered for appointment (vaccine shot), we will open the PPV to walk-in individuals for example in Kuala Lumpur,” he said.

He said through the approach, the authorities are expecting the process of vaccination to be expedited to achieve the government’s target of 80 per cent herd immunity by the end of the year or earlier.

“Under the ‘walk-in’ concept, those who have not registered could walk-in for an appointment at the PPV,” he said.- Bernama

How to free up storage space on your smartphone