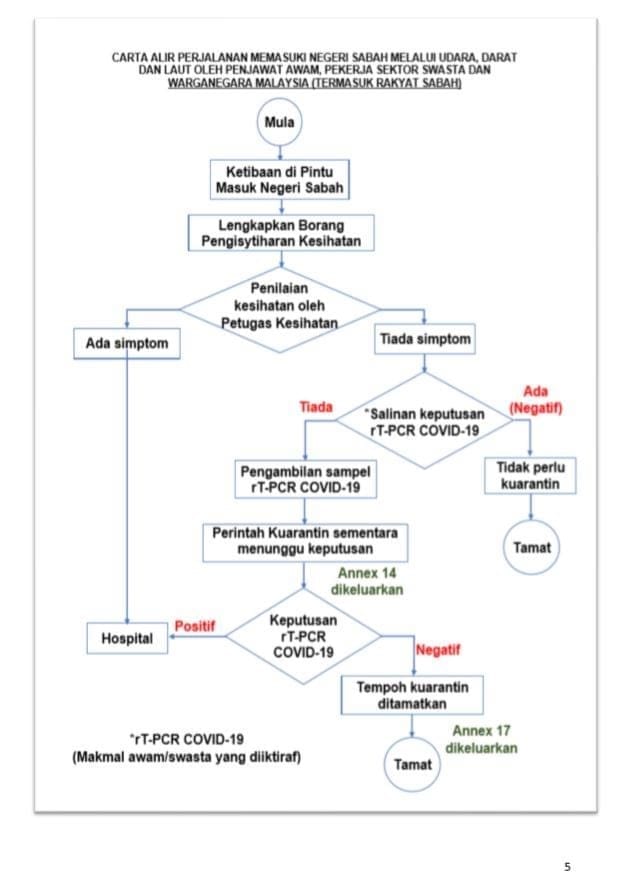 KOTA KINABALU: The State Health Department has advised all travellers wishing to come to Sabah to undergo Covid-19 tests within three to seven days before their arrival.

She explained that the said test had to be conducted within three to seven days so that the results could be obtained in time.

“Upon the arrival of the passengers at the international arrival entry point in Sabah, the passengers must fill in the designated health declaration forms honestly,” said Christina in a statement on Tuesday.

The passengers will then undergo health screening and if their screening tests turn out negative, they will be allowed to enter Sabah without having to go for quarantine.

She said that if a passenger were symptomatic, that person would then be refereed to a hospital for further testing.

“For those who did not go for the lab test, their samples would be taken at the international arrival entry point and they would be quarantined until their results could be obtained,” added Christina.

She urged everyone to cooperate with the department on this matter to ensure that the department’s hard work in curbing the outbreak would not go to waste so that Sabah could move forward from this pandemic.

Apple to delay launch of podcast subscription service until June

Rugby: Rugby-Aggrieved Wallabies look for payback in Perth against All Blacks