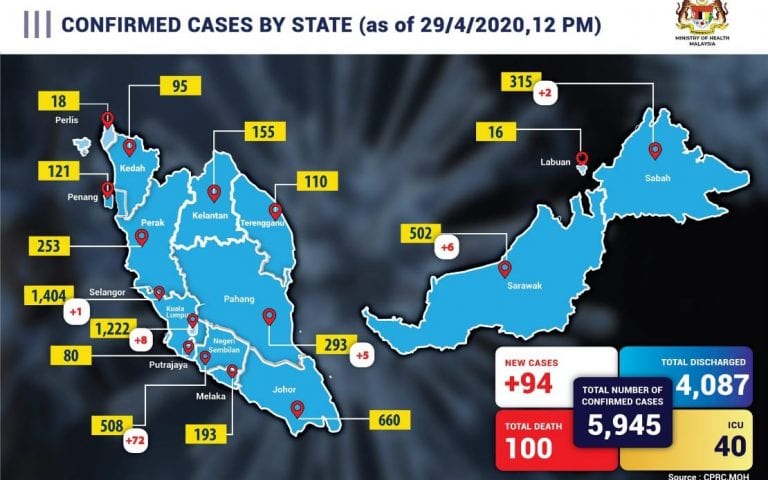 Meanwhile, 18 red zone districts in seven states and two federal territories recorded between one and 40 cases. Five of the districts are in Selangor, three each in Johor and Sabah, two in Pahang and one each in Kuala Lumpur, Putrajaya, Negeri Sembilan, Melaka and Perak.

The number of red zone districts remains at 30 nationwide.

The following is the list of red zone locations in Malaysia: