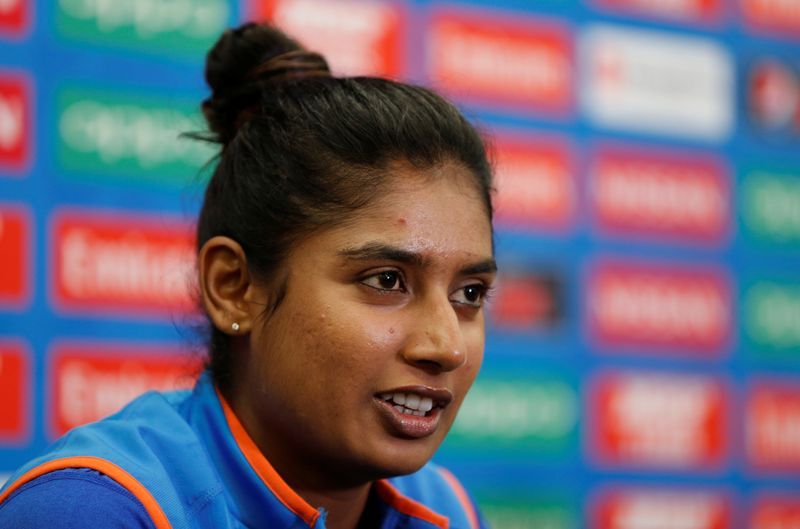 NEW DELHI (Reuters) – The India women’s team will play their maiden pink-ball test later this year, against Australia in Perth, cricket boards of both the countries announced on Thursday.

Mithali Raj’s team will take on Meg Lanning’s squad at the WACA ground from Sept. 30 in what will be only the second day-night test in women’s cricket, following Australia’s drawn 2017 match against England in Sydney.

“Taking forward our commitment towards women’s cricket, I am extremely pleased to announce that Team India @BCCIwomen will play in their first-ever pink ball day-night Test later this year in Australia,” Board of Control for Cricket in India (BCCI) secretary Jay Shah said in a post on Twitter.

It will also be the first test match between the Australian and Indian women’s teams in 15 years.

Cricket Australia’s interim CEO, Nick Hockley, hoped the multi-format series against India would match the drama of last season’s test series between the men’s teams of the countries.

“We look forward to welcoming members of the India women’s team to Australia after what has been an incredibly challenging time and thank the BCCI for supporting this ground-breaking tour,” Hockley said in a statement.

India were last among the frontline teams to embrace pink-ball test when their men’s team hosted Bangladesh for a day-night match in the eastern city of Kolkata in November 2019.

The women’s team under Mithali Raj will play their first test match in nearly seven years when they take on England in Bristol on June 16.

Before the start of the tour, the BCCI handed out annual contracts to 19 players on Wednesday, with teenaged opener Shafali Verma moving up to a Grade B contract from C.

Twenty20 captain Harmanpreet Kaur, deputy Smriti Mandhana and spinner Poonam Yadav are the only three with a Grade A contract and a retainer fee of five million rupees ($68,366).

Test and ODI captain Raj is among 10 players in Grade B worth three million rupees, while six players are in Grade C which is worth one million.