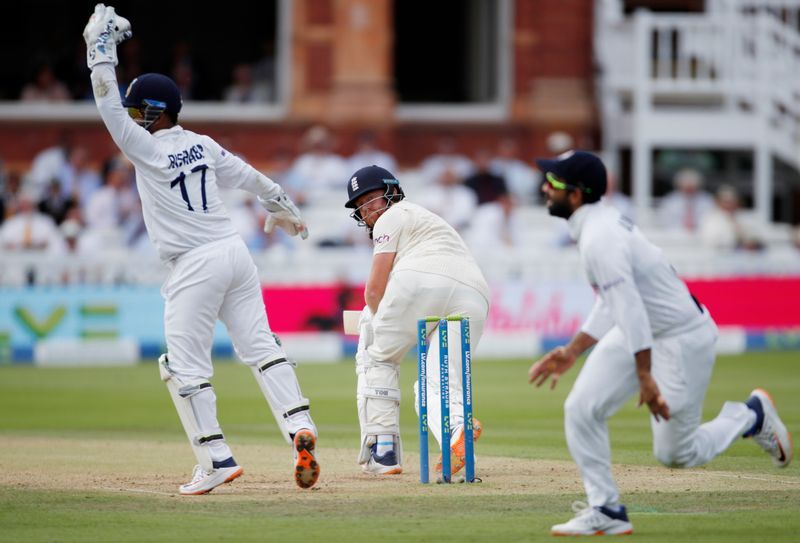 LONDON (Reuters) – England captain Joe Root frustrated India’s bowlers on Saturday morning as he smashed his third successive 50-plus score of the series to guide the hosts to 216-3 by lunch on day three of the second test at Lord’s.

Root and Jonny Bairstow dominated the first session of the day with a 108-run fourth-wicket stand and were looking keen to continue the good work after the break.

Root, who scored 64 and 109 in the drawn series opener in Nottingham, was batting on 89 at the break, having hit nine boundaries in his patient knock.

Bairstow was on 51 in his eighth century stand with Root, while England are still 148 behind India’s first innings total of 364.

Root alone has scored more than 27% of England’s runs in 2021, and the right-hander once again led by example looking unperturbed against the Indian attack.

The 30-year-old was compact in his defence and efficient in finding gaps as he closed in on his 22nd test century.

His confidence rubbed off on Bairstow, who shrugged off occasional discomfort and reached his first fifty of the series with a single off Ishant Sharma.

The pair frustrated the Indian attack with their steady accumulation of 97 runs from the 28-over, wicketless session.