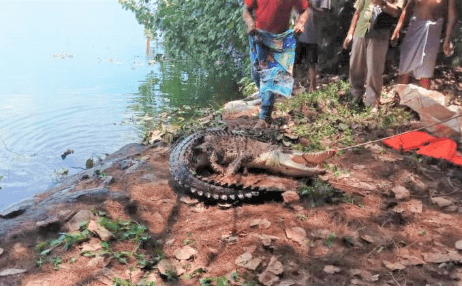 “Upon receiving a tip-off from the public on April 8, the SFC Swat team in Miri assisted by the Marina Bay team immediately installed a cage at Marina Bay on April 9.

“It took four days before the crocodile was caught. The crocodile is being kept at a safe place at Benaya Crocodile Farm,” said a statement issued by SFC yesterday.

SFC chief executive officer Zolkipli Mohamad Aton, who is also the Controller of Wild Life, reminded members of the public to notify the nearest SFC office of crocodile sightings in their area and not to take matters into their own hands.

“The crocodile might become aggressive if provoked. Crocodiles in their habitat should not be seen as a threat, but more for their important role in ensuring the ecosystem is functioning and well-balanced,” he said.