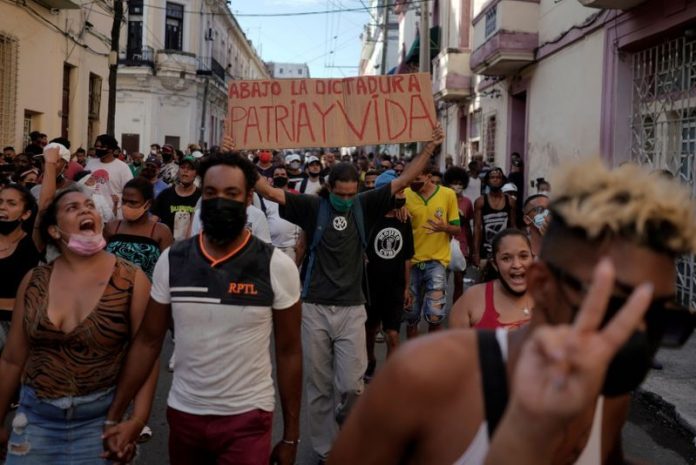 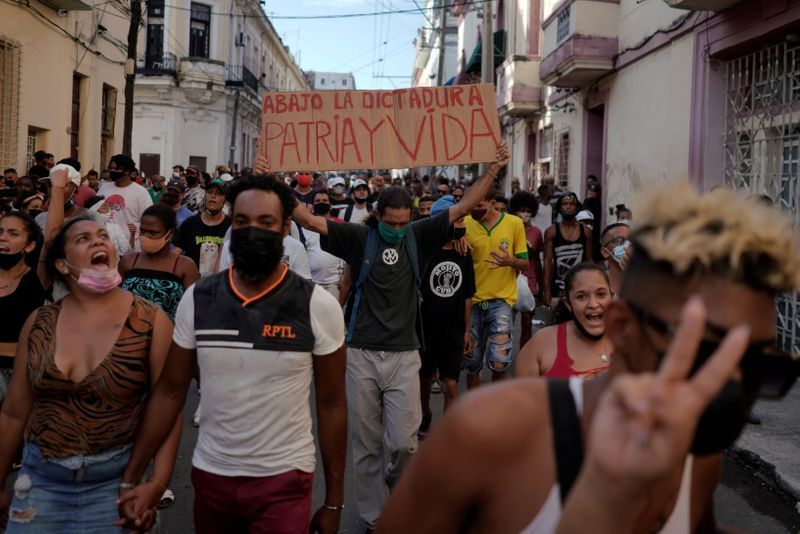 HAVANA (Reuters) – Cuba’s government announced on Wednesday it was temporarily lifting restrictions on the amount of food and medicine travelers could bring into the country in an apparent concession to demands by protesters who took to the street last weekend.

In particular, officials have denounced a campaign on social media calling for humanitarian aid that they say was launched in a bid to destabilize the country.

One of the campaign’s demands was for the government to lift customs restrictions on food, medicine and hygiene products that are lacking on in the country amid its worst economic crisis since the fall of former ally the Soviet Union.

Prime Minister Manuel Marrero said the government would do precisely that from next Monday, lifting restrictions until year-end, albeit not referring to the campaign.

“It was a demand made by many travelers and it was necessary to take this decision,” he said on a roundtable on state television, alongside President Miguel Diaz-Canel.

It was not immediately clear how much difference the change would make to Cuba’s humanitarian situation given that there are very few flights into the Caribbean island nation at the moment due to the pandemic.

Government critic Yoani Sanchez, who runs news website 14ymedio, was quick to tweet that such concessions would not be enough.

“We do not want crumbs, we want freedom, and we want it nowwwww,” she wrote. “The streets have spoken: we are not afraid.”

Football: Soccer-England’s Maguire grateful to be in Euros after injury