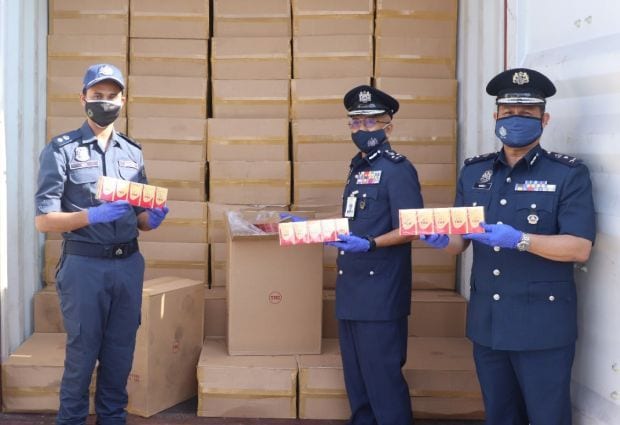 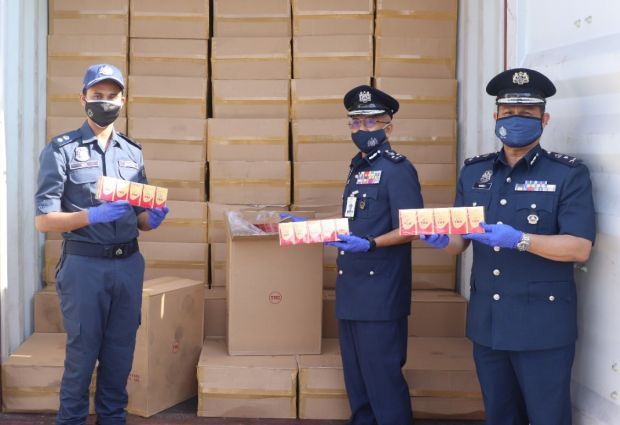 KLANG: The Customs Department has seized almost 11 million cigarette sticks after sniffing out a suspicious container at West Port here.

Central Zone Customs principal assistant director Datuk Zazuli Johan said they received a tip-off about the contents of the container.

He said they checked the container and found 10.9 million sticks of cigarettes at around 6.30pm on June 16.

He said the cigarettes had about RM7.3mil in unpaid duties.

“Our investigations revealed the items in the container were declared as general cargo to avoid detection,” he said in a statement on Monday (July 12).

He added that the case was being investigated as importing cigarettes without an import permit under Section 135(1)(a) of the Customs Act and Rule 30(1) of Free Zones Regulations.

“We urge the public to help us in our fight against smuggling especially involving cigarettes, alcohol, fireworks, drugs and vehicles.

“Those with information should come forward immediately. Your identities will be kept strictly confidential,” he said.

Anyone with information should contact the toll-free hotline at 1-800 88 8855 or head to the nearest Customs office.