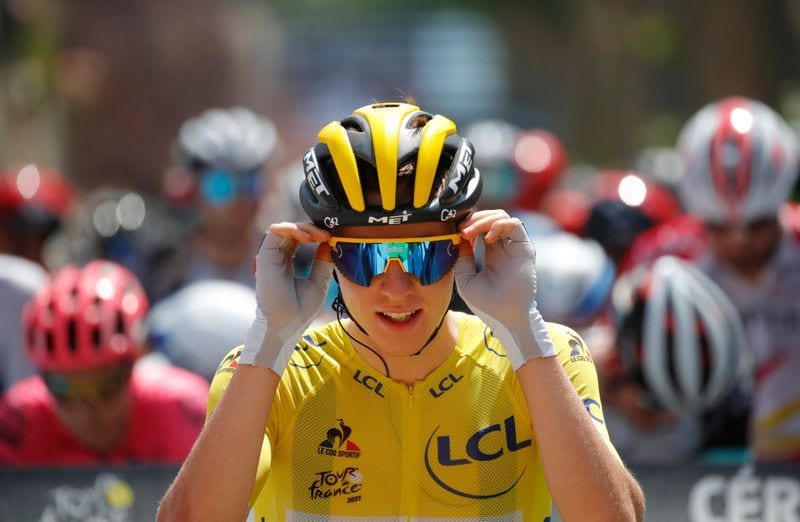 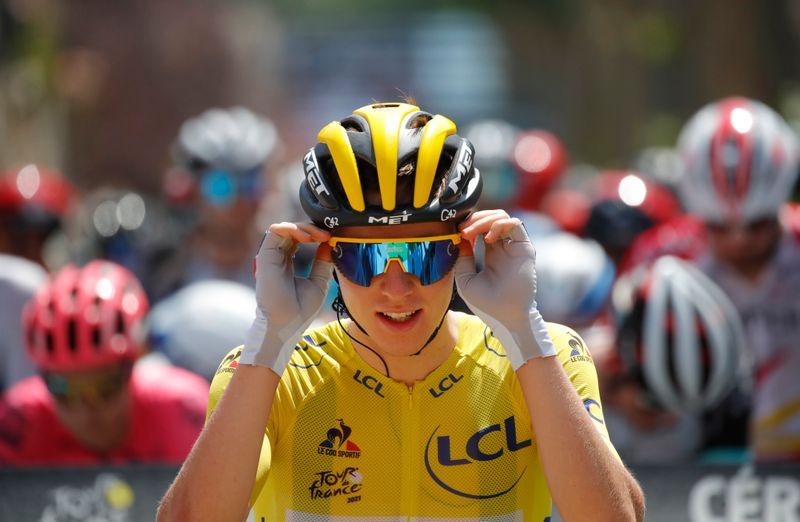 ANDORRA (Reuters) – On the Tour de France, success rhymes with doping suspicion and overall leader Tadej Pogacar is expected to be grilled again, juts like last year, if he retains his title at the end of the week.

The 22-year-old stunned fellow Slovenian Primoz Roglic in the final time trial last year to prevail on his Tour debut but has been in command from early on this time, building a massive advantage over his rival with a dominant time trial and impressive performances in the mountains.

“These (doping questions) are uncomfortable questions because (the sport’s) history is bad and I understand those questions,” Pogacar told reporters on the race’s second rest day on Monday.

“I didn’t prepare anything for those kind of questions. I just like to ride my bike and what comes with it comes with it, I’ll deal with it.

“I’m a god kid with a good education, I’m not one to take shortcuts.”

Pogacar, however, will again face questions as he still rides with the UAE team, whose CEO Mauro Gianetti and team manager Matxin Fernandez were sports directors at Saunier-Duval when the whole team left the 2008 Tour after Italian Riccardo Ricco had failed a dope test.

With three more mountain stages in the French Pyrenees and a time-trial to make differences between the overall contenders, Pogacar is in the driving seat.

“He rides like we don’t exist,” Spain’s Enric Mas, eighth in the overall rankings, said.

Since 2000, no leader with an advantage of more than two minutes going into the final week has lost his top position, at the exception of 2007 when Dane Michael Rasmussen was kicked out of the race for lying on his training whereabouts.

Pogacar’s lead is the biggest since 2000 when Lance Armstrong, who was then stripped of his seven titles for doping, had a 7:26 advantage over German Jan Ullrich.

He has identified one stage where things could go pear shaped, though.

Given his form, however, it could where Pogacar humiliates his rival a little bit more.