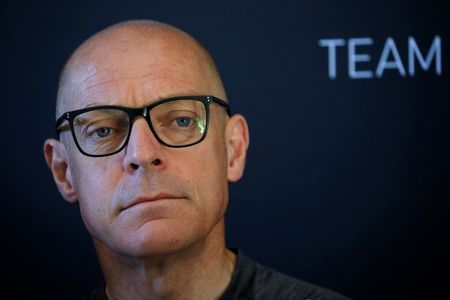 LONDON (Reuters) – Ineos Grenadiers chief Dave Brailsford promised an aggressive strategy at the Tour de France after the British team named its line-up for the race on Friday.

“We won’t win this tour by sitting in the wheels. We have the team to make it a racers’ race, take the initiative, seize every opportunity and make our opposition focus for every kilometre of every stage,” Team Principal Brailsford said.

“We have changed our race philosophy this season to being more open and aggressive. Our performances have built all season and a joy of racing has infused the whole team.

“This more adventurous approach has led us to fearless racing and this is exactly how we will hit the Tour.”

Brailsford was often criticised for his defensive tactics during domination with Team Sky — with one leader being supported by a squadron of high-quality riders selected to grind down the general classification rivals.

But in the philosophy has changed, as seen by Londoner Geoghegan Hart’s thrilling Giro win last year.

“We will seek out every moment in every stage where the race is on and try to exploit it,” Brailsford said.

“Key for us this Tour is our collective strength and camaraderie to the end. Expect the unexpected.”

Other Sports: Surfing-Family ties to beach will give me surfing edge, says Igarashi