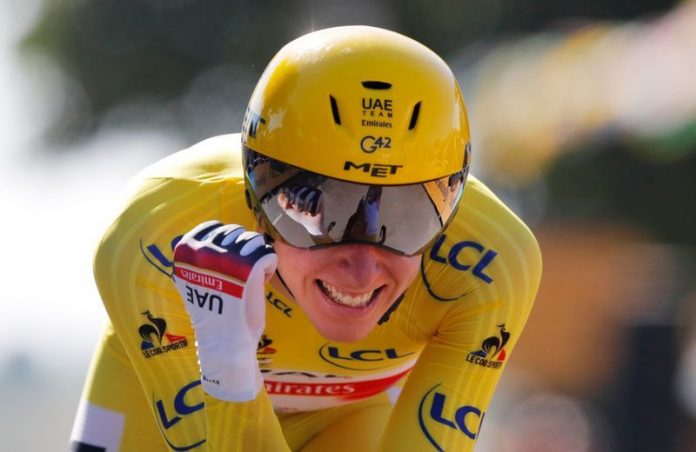 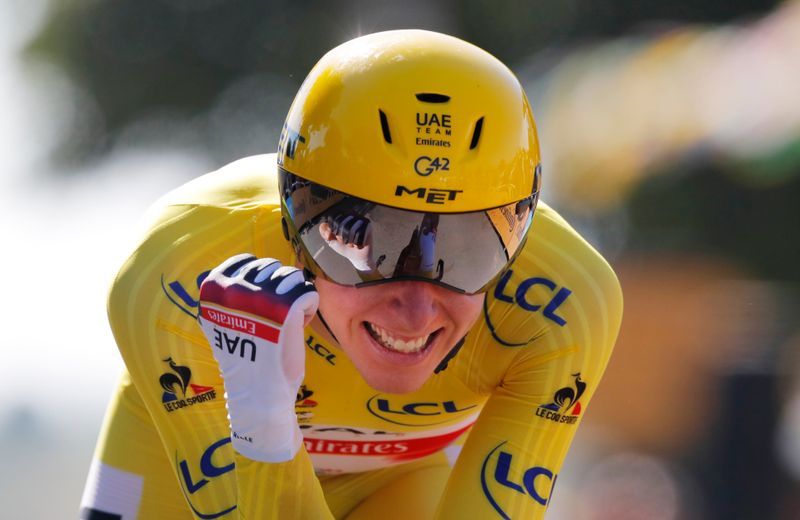 SAINT EMILION, France (Reuters) – Tadej Pogacar hammered his rivals in the first mountain stages of the Tour and the Slovenian, who is set to retain his title on Sunday, said he could not have done more in the three-week race.

He built his upcoming victory in the Alps, going solo in the eighth stage to Le Grand Bornand to leave Vingegaard, Carapaz and others fighting for second place.

“He rides like we don’t exist,” said Spain’s Enric Mas, who is set to finish sixth overall, a massive 11:43 off the pace.

Pogacar, however, showed a rare sign of weakness on the Mont Ventoux during the second week and even if he won two stages in the Pyrenees this week, he was not as dominant as in the opening block of racing.

“I don’t think I could have won with a bigger margin,” Pogacar told a news conference after all but sealing the title by finishing eighth in the final time trial on Saturday.

“I did my maximum in this Tour. In the Pyrenees I was super happy to take two wins but I couldn’t go (attack) sooner. I tried but I couldn’t and fortunately in the end it was enough for the stage wins.”

His victory having been virtually secured earlier than last year, when he only grabbed the yellow jersey on the final time trial, Pogacar has had more time to enjoy the triumph.

“It’s more enjoyable because nobody expected it last year, not even myself,” he said.

“I was supper happy with second place and then it was really a lot of emotions after the time trial last year. I was super happy in the end but this year I can enjoy the moment sooner than last year.”

There will, however, be no time to party for Pogacar as he will be flying to Tokyo for the Olympics road race on Sunday night, a few hours after crossing the finishing line on the Champs Elysees.

“I’m going there for a new experience. I’ll start the race with a positive mindset. I’m super motivated because it’s the Olympics, an experience that comes only every four years

Ringgit ends lower against US dollar on technical correction