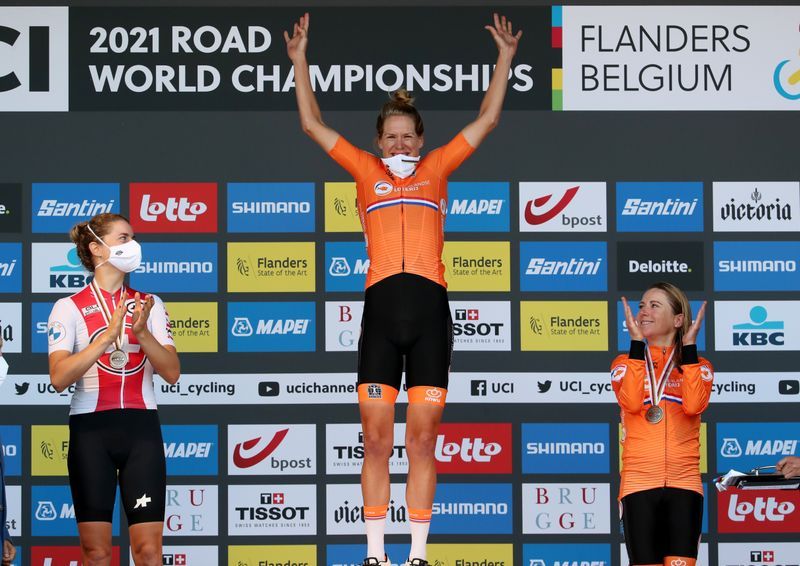 Van Dijk, world time trial champion in 2013, set a time of 36:05.28 on the 30.3km flat course from Knokke-Heist on the North Sea coast to the centre of Bruges to claim her second rainbow jersey.

Reusser, who won silver at the Tokyo Olympics, came in second over 10 seconds behind while twice world champion and Tokyo gold medallist Van Vleuten was third — 24 seconds off the pace.

(Reporting by Rohith Nair in Bengaluru; Editing by Ed Osmond)