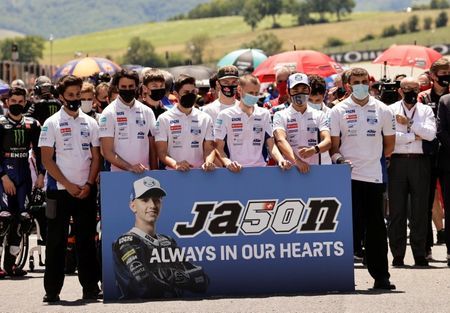 The number 50 was retired in a ceremony ahead of the weekend’s German Grand Prix at the Sachsenring, with a trophy presented to his team.

The ceremony was attended by riders from across the paddock and all categories, including Spain’s eight-time world champion Marc Marquez and France’s current MotoGP championship leader Fabio Quartararo.

Dupasquier, 19, died after a crash in qualifying for the Italian Moto3 Grand Prix involving three bikes.

(Reporting by Alan Baldwin in London; Editing by Andrew Cawthorne)

Enhancing the insolvency process | The Star

Barisan should form govt with its own mandate after GE15, says Sabah MCA