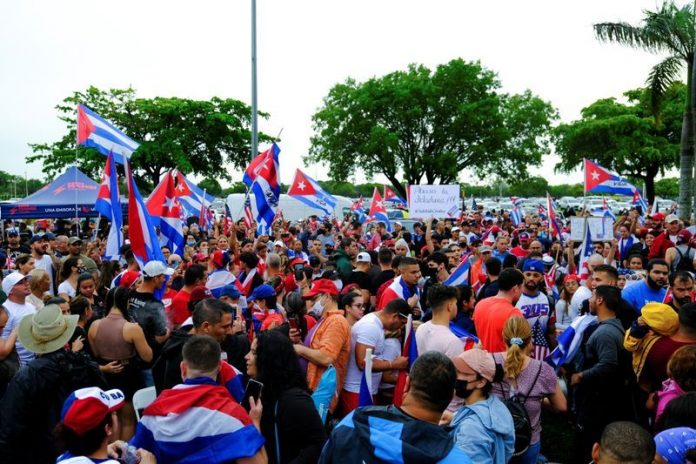 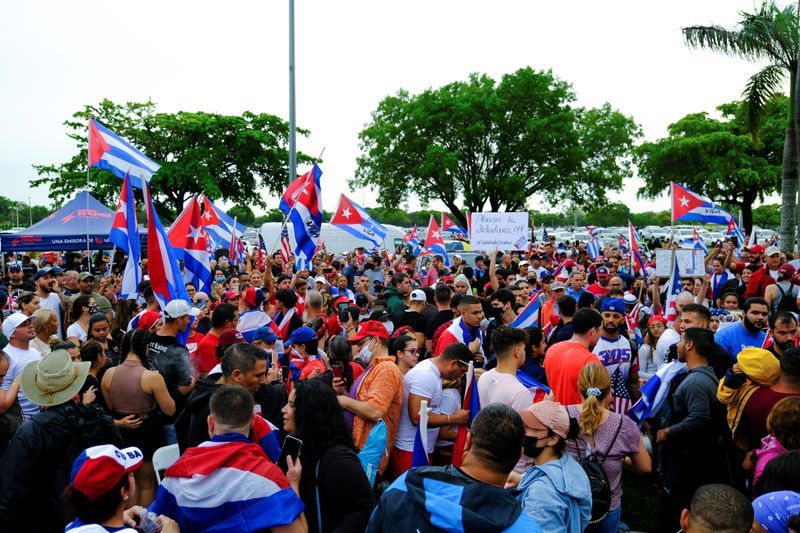 MIAMI (Reuters) – Demonstrators waving Cuban flags and calling for change on the Communist-run island blocked a major highway and staged other protests in the Miami area on Tuesday in support of the wave of demonstrations that rocked Cuba on Sunday.

The Miami area has long been home to the largest Cuban exile community and a focal point for anti-Castro sentiment.

The South Florida demonstrators sought to replicate the protests by thousands of Cubans on Sunday who denounced a deep economic crisis, shortages of basic goods and power outages in the largest showing of unrest in decades.

“If Cuba is in the street, Miami is too,” many chanted.

Dozens of demonstrators shut down the Palmetto Expressway for several hours.

“The roadway remains shut down due to protesters. We have deployed additional resources to assist with re-opening,” Florida Highway Patrol spokesman Lieutenant Alex Camacho said in an email on Tuesday evening.

But witness Jules Martinez said later that police were allowing the highway protest, which remained peaceful, to continue.

“As I was exiting the highway I saw people joining the protest and walking towards it,” Martinez said by Twitter chat. “Local police were allowing the protest to happen and guiding the traffic.”

Other demonstrations popped up in places such as Tamiami Park in the Westchester neighborhood, where protesters called for “intervention” and shouted: “Patria y Vida,” or “Homeland and Life,” a slogan popularized by prominent Cuban recording artists.

(Reporting by Maria Alejandra Cardona in Miami and Nur-Azna Sanusi in Singapore; Writing by Daniel Trotta; Editing by Peter Cooney)