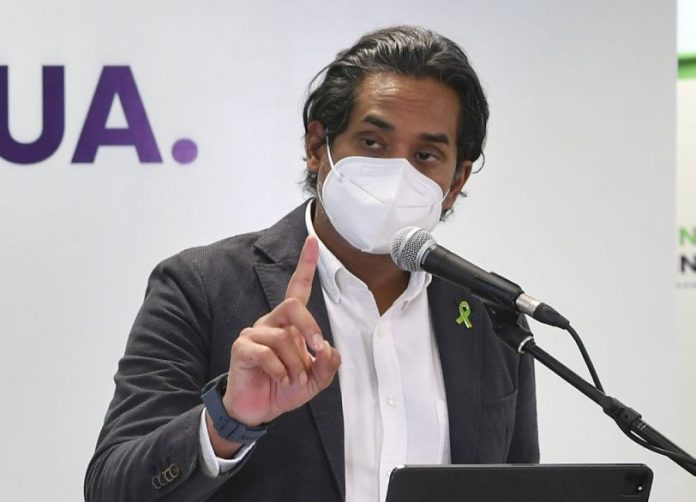 SEPANG (Bernama): It will be difficult to open vaccination centres (PPVs) at localities under the enhanced movement control order because the list of areas under such restrictions changes constantly, says Khairy Jamaluddin (pic).

The National Covid-19 Immunisation Programme coordinating minister said the “dynamic” nature of EMCO lists made it difficult to send vaccines to new inoculation centres every week.

“Maybe this week it is under EMCO; next week it may exit EMCO. It will complicate matters if we have to shift supply for the whole country based on a constantly changing EMCO list,” he told reporters after visiting the industrial vaccination centre (PPVIN) at the Kuala Lumpur International Airport (KLIA) here Tuesday (July 6).

He was asked to comment on the Selangor government’s initiative to open a PPV at the Mentari Court apartments in Petaling Jaya, which have been placed under EMCO since July 1. The PPV at Mentari Court started operating on Monday (July 5) to vaccinate some 8,000 residents.

Khairy, who is also Science, Technology and Innovation Minister, said the distribution of vaccines to states was based on several indicators such as high rates of Covid-19 positivity and incidence.

“Every week we adjust the (vaccine) distribution according to data from the states concerned. For example, among the targets this month are Selangor, Kuala Lumpur, Labuan and Negeri Sembilan, the states with a high incidence rate,” he added.

Khairy also said more PPVIN would be set up at airports throughout the country, after the first one for the aviation sector opened at KLIA on Monday with a capacity to administer 1,000 doses daily.

“To protect workers in this important segment, CITF (COVID-19 Immunisation Task Force) has decided to give priority in PICK to the aviation sector,” he said.

Khairy said that in the first week of this month, 27 PPVINs had started operations throughout the country and CITF had received proposals for the opening of more such centres involving several other ministries.

So far, the ministries already involved in the PPVIN initiative are international trade and industry; works; and transport, while plantation industries and commodities; and domestic trade and consumer affairs are ready to join, he said.

Meanwhile, Khairy said all countries should reach a common understanding in deciding on their immigration policies with regard to vaccine recognition.

“Now we still do not know about the immigration policies of many countries because they have not been finalised yet.

“Some countries have imposed conditions such as (recognising) only vaccines used in their countries. So, the process of discussions is continuing for other countries,” he said.

Khairy said Malaysia’s stand is that all vaccines listed by the World Health Organisation should be recognised by all countries.

He also proposed that if there are countries that did not recognise the vaccines used in Malaysia, they should consider implementing swab tests as a condition for Malaysians to enter their countries.- Bernama

The Papers: A 'budget for the rich' as the 'pound plunges'

Iran protests: US to ease internet curbs for Iranians

Double park without leaving your phone number? It’s illegal – your car can be...

How air pollution triggers cancer growth in the lungs