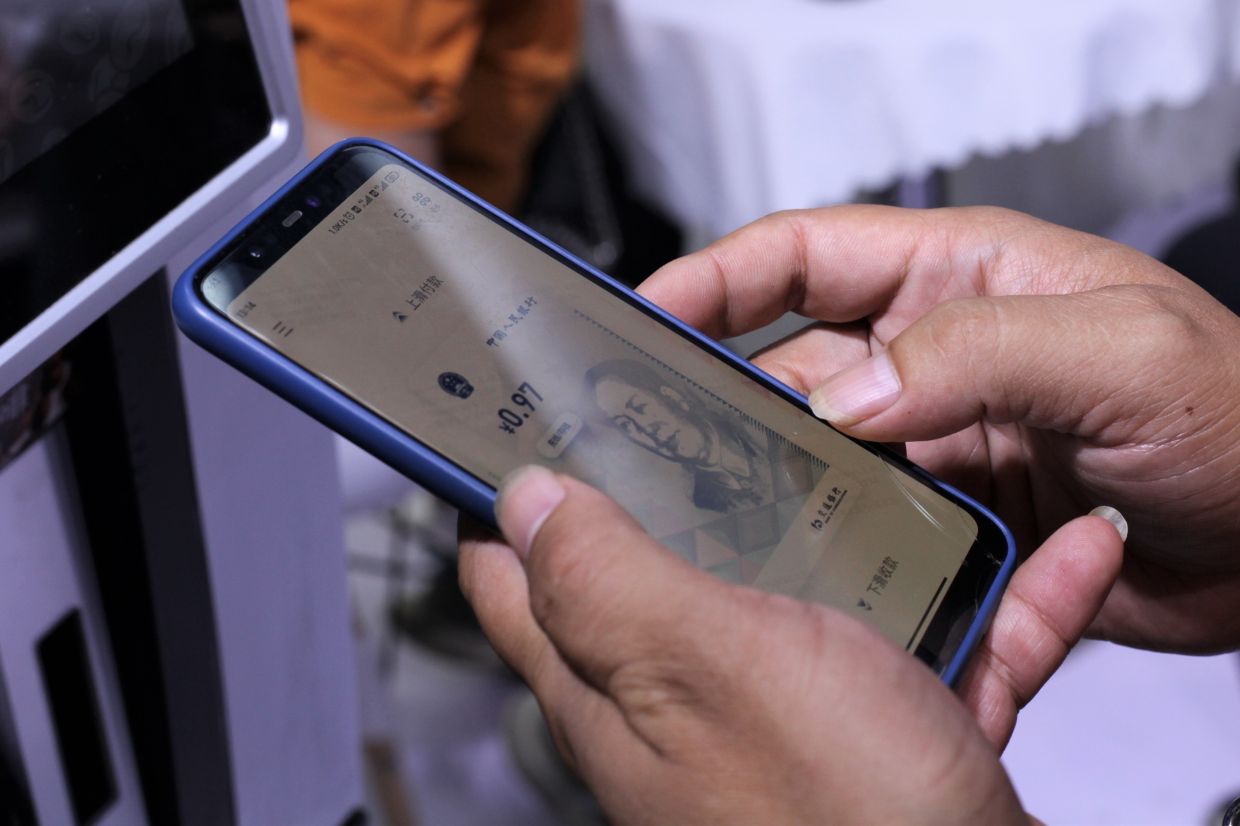 Bahamas has the ‘Sand Dollar’, Sweden is developing the e-krona and China is piloting the e-yuan. The evolution of central bank digital currencies, or CBDCs, is set to get supercharged in ways that will have profound implications both for economic policy making and for the societies around us, according to a leading expert.

Cornell University academic, Eswar Prasad, who once led the International Monetary Fund’s China team, this month publishes a new book titled The Future of Money: How the Digital Revolution Is Transforming Currencies and Finance, which takes an in-depth look at how our wallets are set to evolve.

Advantages to CBDCs include more transparency and the ability to tackle organised crime, Prasad said in an interview. But the changes will go well beyond technocratic policymaking, with downsides including an erosion of privacy.

Here are excerpts of the conversation with Prasad, lightly edited for clarity.

Why is there such urgency for central banks to develop digital currencies?

The reality is that the end of physical cash is not too far away. We are seeing digital payments in various forms beginning to dominate in economies small and large, developing and advanced. So I think for central banks, if you think about their money being used at the retail level, this is at some level an existential question. Central banks will still be able to conduct their main functions and maybe they can continue doing so without having their money being used for retail payments, but having a CBDC has a variety of advantages.

Can you explain what some of those advantages are?

It makes counterfeiting much harder, it reduces the use of cash for illicit purposes such as money laundering and terrorism financing. It brings a lot more activities out of the shadows and into the formal economy and into the tax net, so that is good for revenues. And in addition there are potential benefits in terms of increasing the manoeuverability of monetary policy.

Is there a risk of collateral damage as these currencies get rolled out?

It could actually squelch innovation in terms of payments by the private sector because after all who can compete with the government? So there is a mix of advantages and disadvantages.

How will these digital currencies change our economies. Will they be mostly for domestic payment?

We are moving towards a world where we could have even broader access to digital payments than we do right now. In a country like China, digital payments are accessible to practically anybody on their phone. In the US you still need a bank account or credit card or debit card and about 5% of adults in the U.S. are still unbanked or underbanked.

So even in an advanced economy there is potential for using a CBDC to increase accessibility to digital payments. So we are still going to be living in a world where most retail payments when we enter a coffee shop, when we go to a store to buy clothes or food, all of that is going to be mediated through some form of digital payments, provided either by a private payments provider or using a CBDC.

It’s likely that cash will organically wither away once CBDCs come into force but no central bank is talking about completely displacing cash.

Can they be used to settle cross border trade, or tourism?

Of course, once countries start issuing CBDCs it’s entirely possible we might move into a world where these CBDCs are also available for use outside the country. Most cross-border payments are already digital, so the fact that we have a digital yuan for instance isn’t going to dramatically change the renminbi’s prominence in global finance, but certainly having a digital currency and more importantly, having a cross border payments system, CIPS, that allows more efficient use of the digital yuan outside the country could one day increase the yuan’s prominence as a payments currency.

You could well conceive of a digital version of the dollar if it was easily available around the world or even a stable coin if it was issued by a large corporation such as Facebook, if it was pegged to the US dollar. That could displace the currencies of many small countries or countries with central banks that are not credible. But as a store of value, or reserve currency, I don’t think its going to make a big difference whether a currency is digital or not, or whether it is available in digital form outside the country’s borders or not.

One should recognise that the CBDC creates new opportunity for monetary policy. If we all had CBDC accounts instead of cash, in principle it might be possible to implement negative interest rates simply by shrinking balances in CBDC accounts.

It will become a lot easier to undertake helicopter drops of money. If everybody had a CBDC account you could easily increase the balance in those accounts.

Fundamentally central banks will still have a role even if the use of their money disappears at the retail level. Central banks will still be able to run monetary policy because they can affect the cost of funds in an economy by managing interest rates, but it is going to be a much more uncertain world in terms of how monetary policy is implemented and also how it is transmitted to the variables that a central bank ultimately cares about such as employment, growth and inflation.

It is going to be a much more fuzzy area in an area which is already fuzzy.

Are there any downsides to that?

There is a risk because helicopter money on one level really is fiscal policy and if the central bank starts being seen as the agent of the government in terms of implementing fiscal policy, that poses risks to the central bank’s independence which ultimately might not be great.

Are there any privacy concerns with central banks controlling digital currencies?

The reality is that as we move into a world where payments are entirely digital, every transaction is going to leave a digital trace. So the privacy and confidentiality issues are going to become very important ones that we will have to deal with.

Having said that it looks like there are new technologies developing that might allow for some degree of privacy, at least in basic transactions. If you think about how China is approaching this, they are setting up different grades of digital CBDC wallets where essentially very low-grade wallets for low value transactions will have a higher degree of privacy, whereas for high-value digital wallets you will have to meet ‘know your customer’ requirements and so on at the bank.

So it’s possible we will move to a world where in fact at least some privacy is possible. But in my view the ultimate reality we will face is that no central bank wants to allow its currency to be used for illegal purposes, so auditability and traceability of transactions are going to be a feature of CBDCs to some extent or another.

What what little privacy we may have left I think is going to be under threat which is why CBDCs go far beyond just thinking about economic and technocratic issues and go into ones much deeper about the organisation of society. — Bloomberg